Iceberg Slime is a double layer of crunchy fluffy slime that is super fun to play with. Learning how to make iceberg slime is easy! Anyone can make slime like this. All you need is your favorite recipe of fluffy slime and patience. 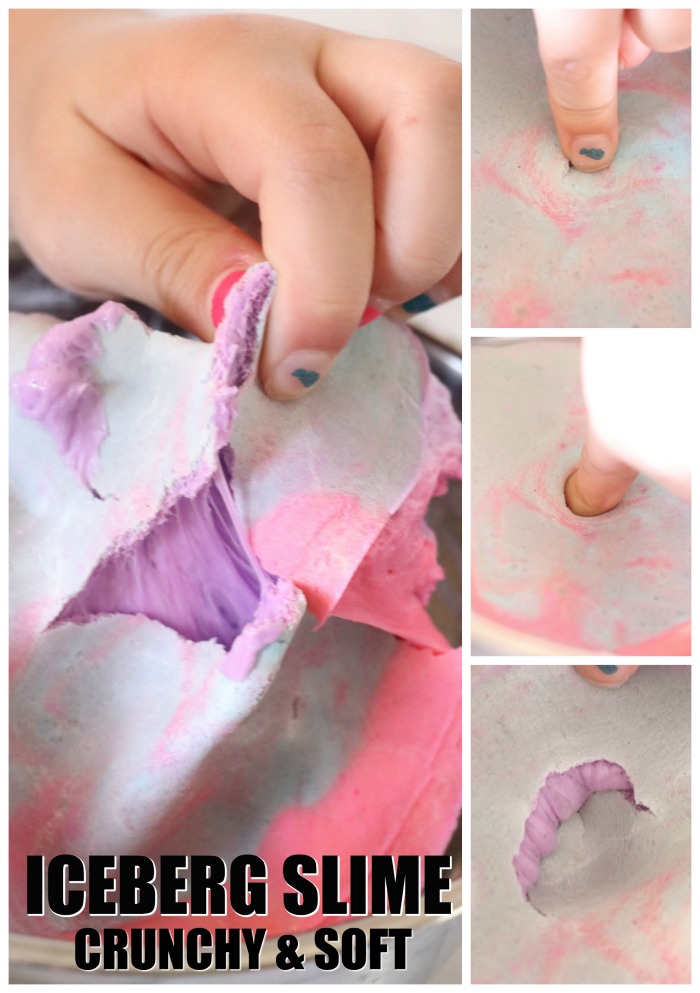 What is Iceberg Slime?

First off let me clarify that Iceberg slime has nothing to do with iceberg lettuce. Ok, that was a corny joke but I couldn’t resist. I know the name is weird. But iceberg slime is actually the result you get from slime after it’s left out to dry for a couple of days. There are 2 layers to iceberg slime. The top of the slime hardens while it drys out, while the bottom layer is still fluffy and soft. When you push down on the top of the slime it crunches through to the soft layer underneath. It’s actually a really fun process to watch. 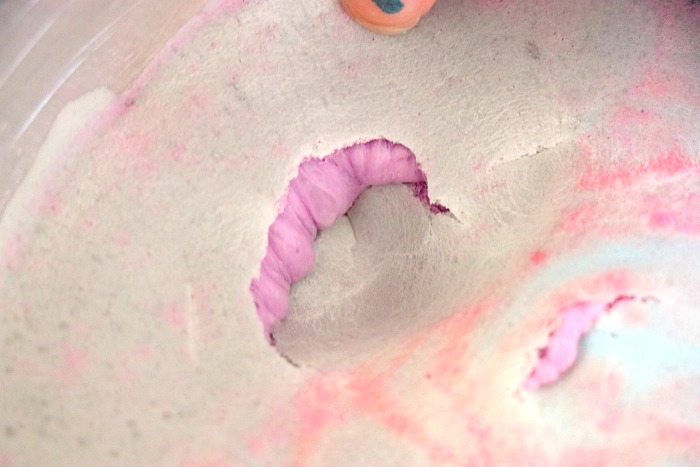 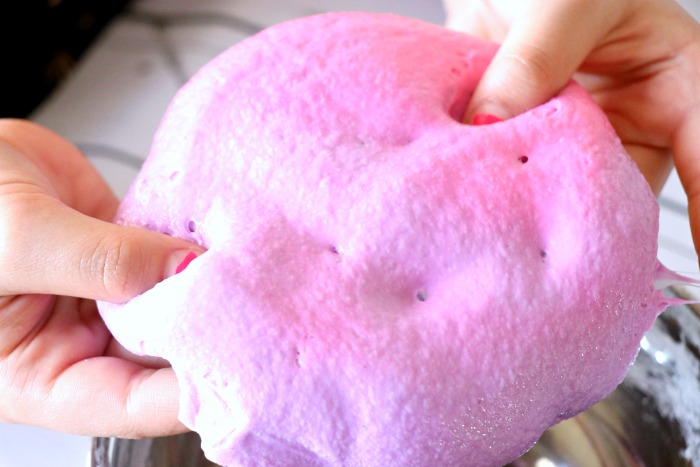 How to Make Iceberg Slime

So now that you know what Iceberg slime is, you’re probably wondering how to make it. It’s SUPER EASY! All you need is your favorite recipe of fluffy slime.

If you need one I have a couple of fluffy slime recipes that are great for making Iceberg slime.  Be sure to check them out. 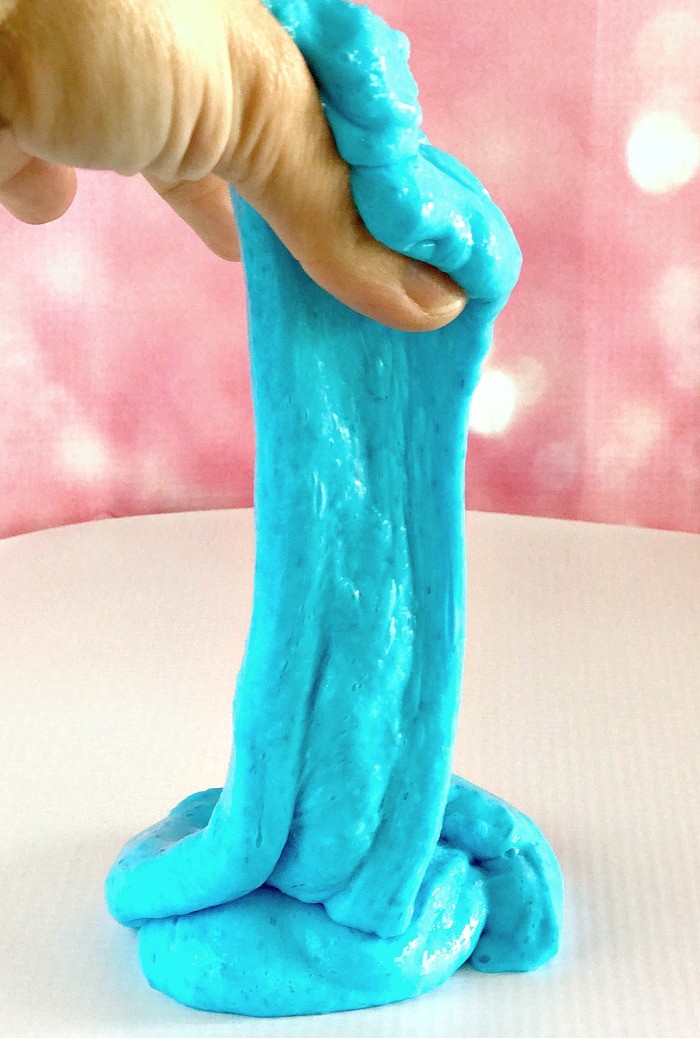 Now that you have your fluffy slime you will want to put it in a bowl. I like to stock up on cheap bowls from the dollar tree. They are great for making slime and storing slime.

Once you have your fluffy slime in the bowl you are going to flatten it out and set it in an area where it won’t be touched for a few days. The key to perfect iceberg slime is waiting. Normally you will want to wait for 2-4 days. It really depends on how big your batch of slime is.

After you’ve waited now is the fun part! Breaking the “ice”. 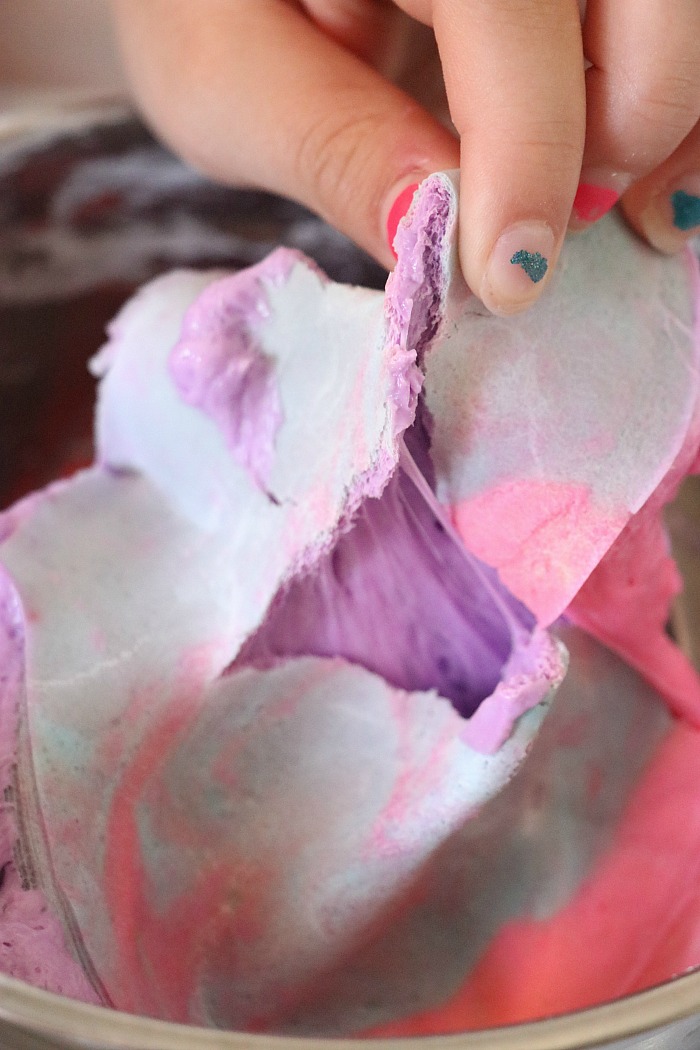 You start by taking your finger and pushing it through the top of the slime. It should make a “crunching’ noise and go straight through. If its not breaking or still soft then you will need to wait another day or two.

You will have fun poking and “breaking” the iceberg slime. It’s a fun sensory activity for kids for sure. My daughter loves to make it. Once you’ve broken through the ice you can squish all of the slime together. 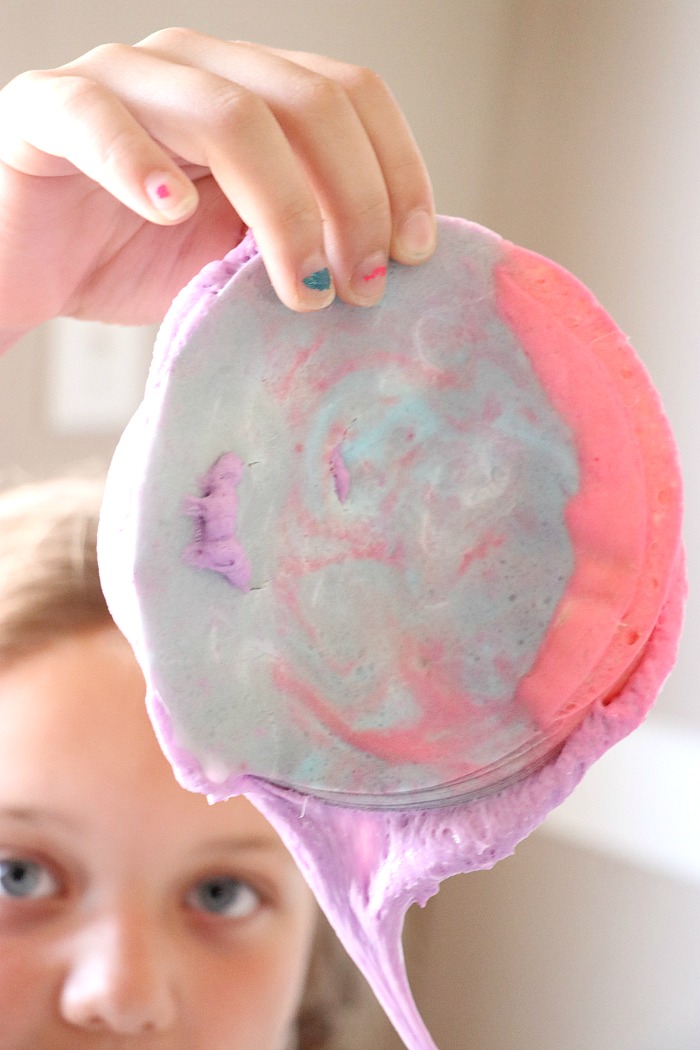 What’s great about this recipe is that you can actually put the slime back into the bowl and let it dry out again. This will make a second batch of iceberg slime. After that I think it might start to get old and stinky. 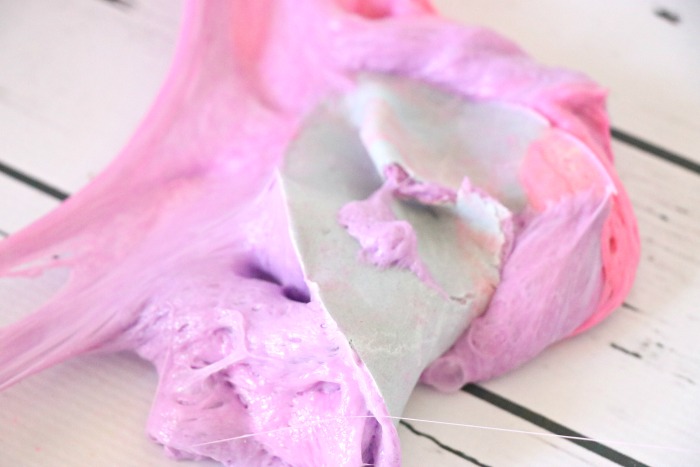 NOTE: When my kids play with slime, especially Iceberg Slime I always have them do it at the table. This makes cleanup much easier.

Here are some other Fun Slime Recipes to Try 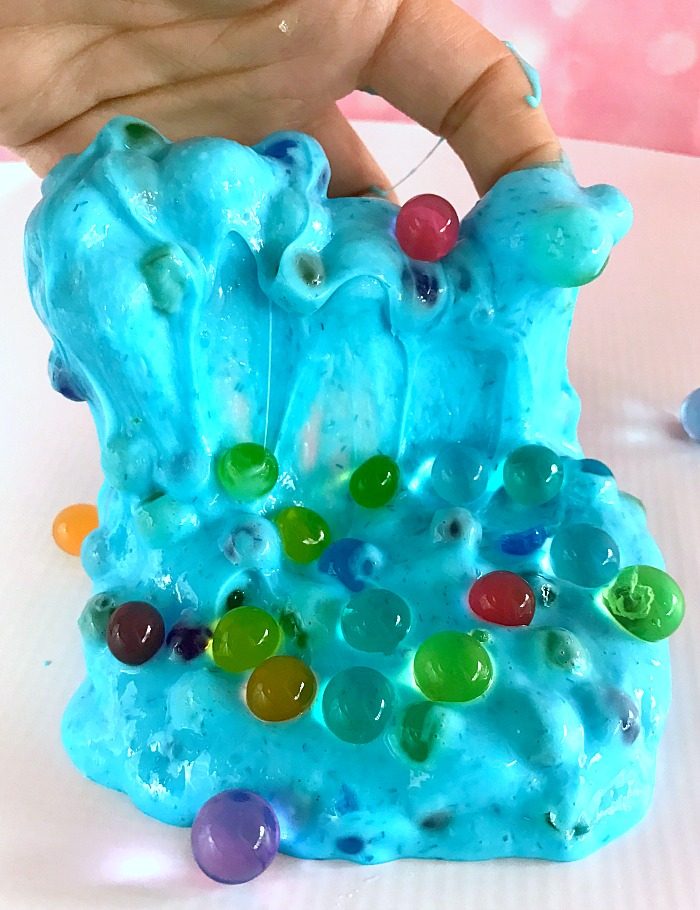 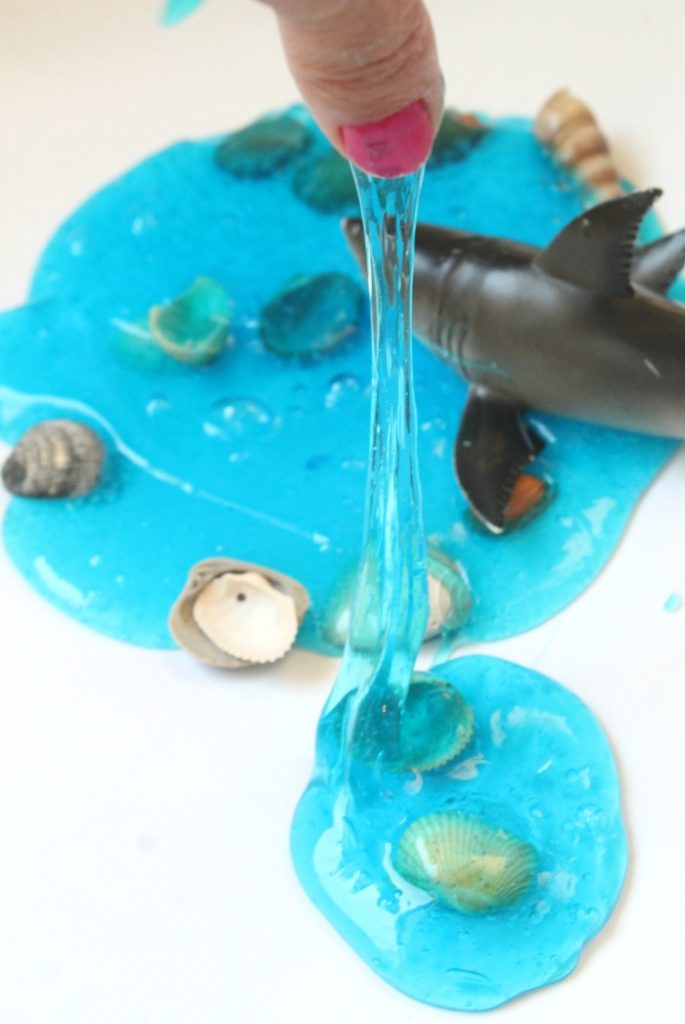 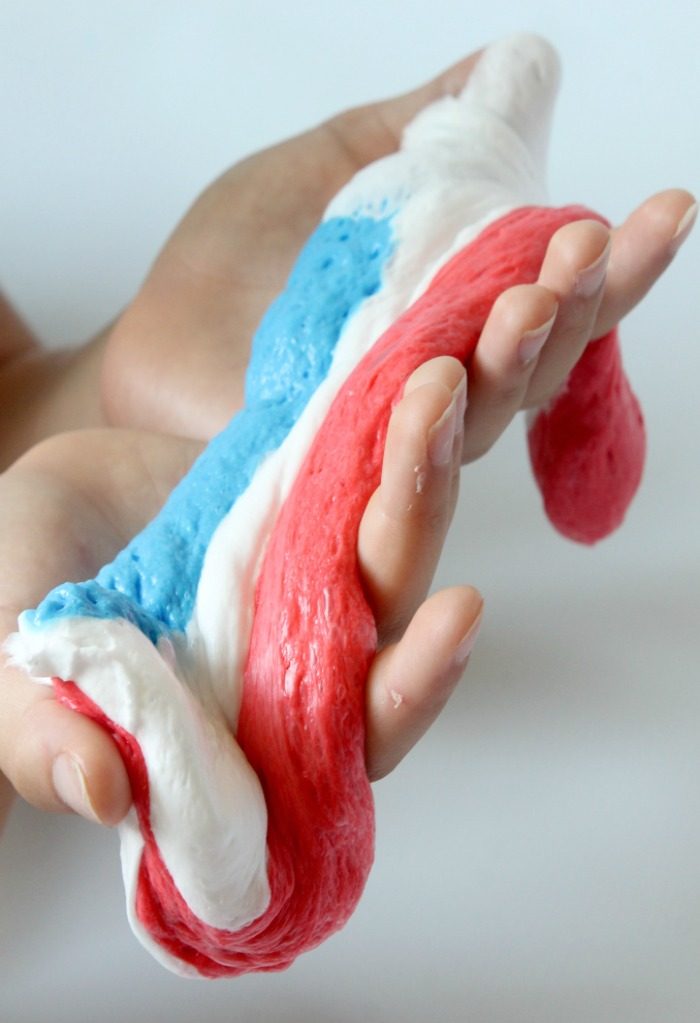