Clear Glue Glitter Slime is like Putty in your hands. Literally! I love the consistency of this slime and it’s so pretty and fun to play with. You can use any color of glitter inside this clear slime but I found these gorgeous blue sapphire glitter flakes that make this slime one of my favorites. 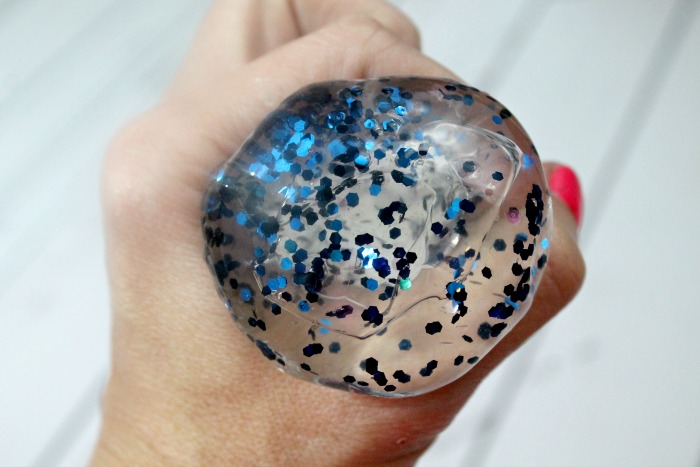 I’ve posted several clear slime recipes like this DIY shark slime and avalanche slime that’s made with both clear slime and regular white slime. But what makes this super stretchy slime so fun is that it’s mesmerizing to be able to see right through the slime and look at all the beautiful glitter flakes. When making this particular slime you can use any color of glitter but I recommend using a chunkier size of glitter flakes. They just seem to pop out more. 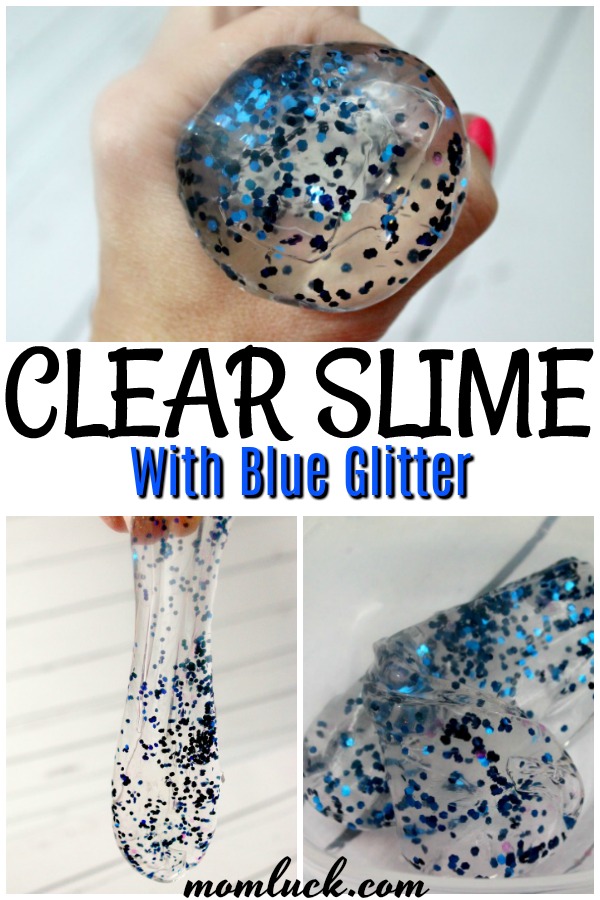 For this particular slime I am going to be using my borax slime activator recipe. It calls for 1 Cup of HOT water and 1 tsp borax. Mix these two together and set aside. You will NOT be using the whole cup of activator. Probably only a small portion of it but I like to make out an even amount when I make up a batch. 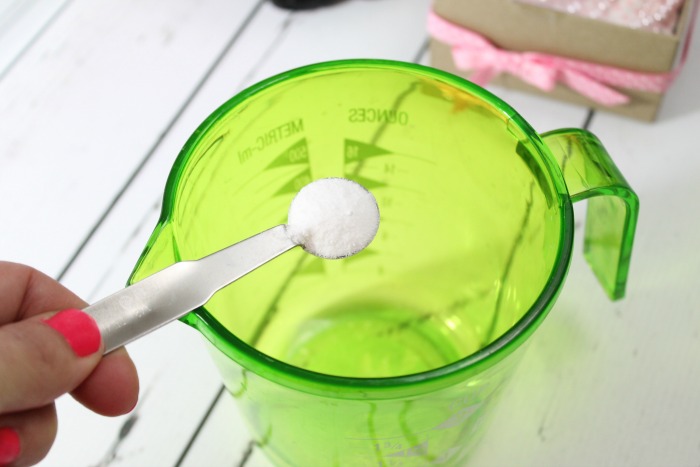 Once you have your activator made now it’s time to make your clear slime. One of the biggest keys to making PERFECT clear slime is time and patience. Clear slime doesn’t happen immediately. You have to let it sit for a couple of days for it to become crystal clear. The bubbles have to have time to release and then the slime becomes see through. It’s actually really cool. I do have another method on how to make crystal clear slime instantly. It’s more challenging but it can be done. I’ve included an easy to follow video that walks you through step by step on how to make this type of slime.

So now that you have your Clear slime, now is the FUN PART! Adding the glitter. I bought this particular glitter from Walmart but you stores like Michaels and even Amazon have a huge variety of glitter. This blue glitter is just like the one in the picture. 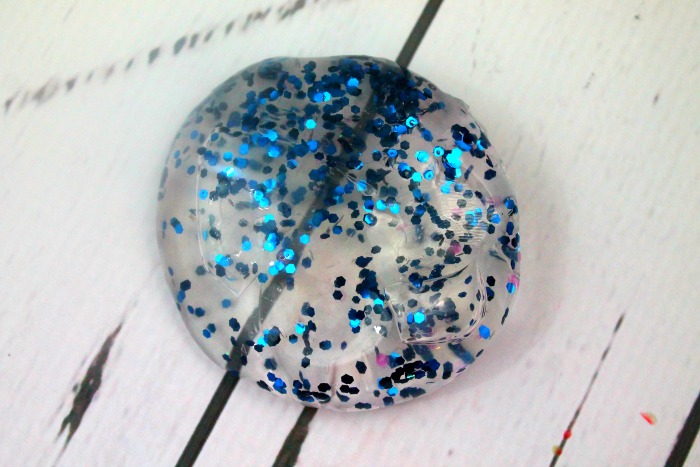 You just slowly sprinkle the glitter on the top of the slime and gently fold it into the slime. 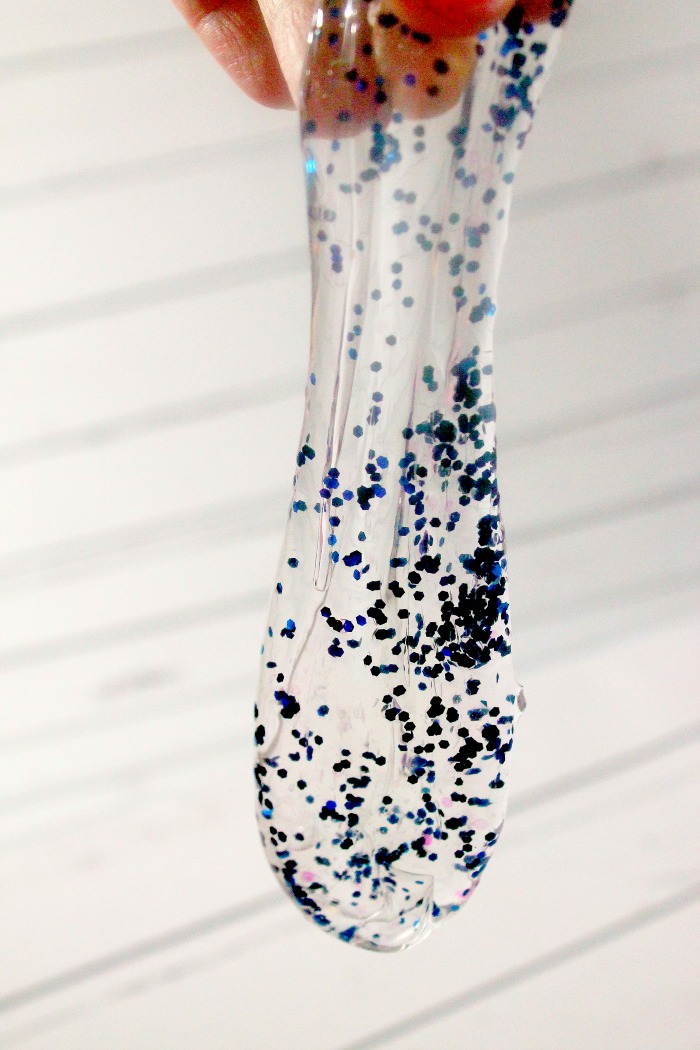 Now make sure that you are not super rough with the slime or it will lose the clearness. The more you play with it the more air bubbles will get inside and make it turn a whitish color. 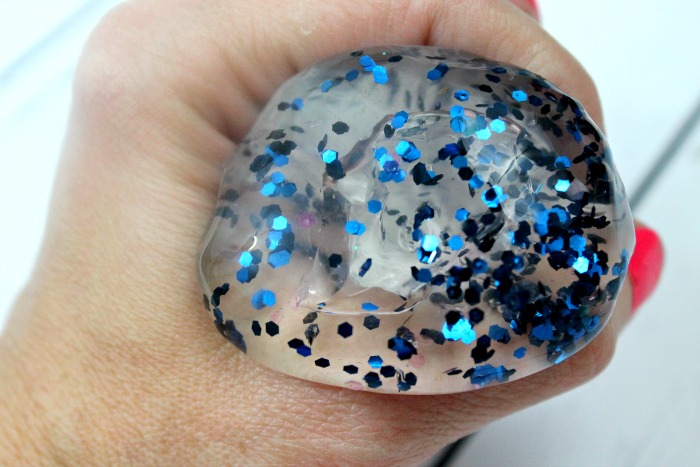 If you notice that your slime is sticky after sitting for a few days you can add a tiny amount more of activator to it until it’s no longer sticky.

Store the clear slime in an air tight container and it will last your weeks. Just make sure that you wash your hands before and after playing with it. 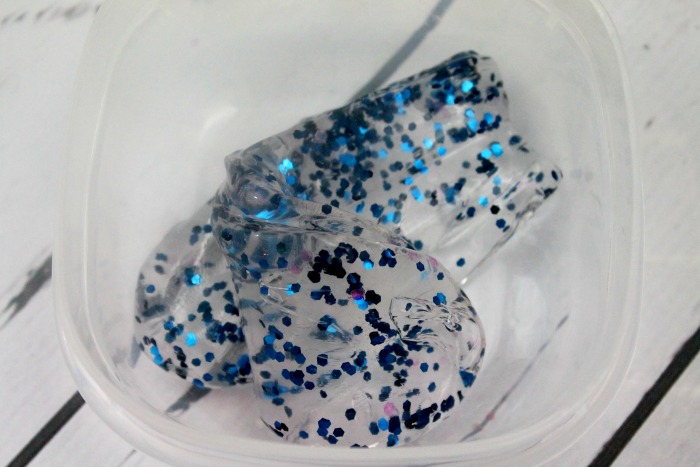 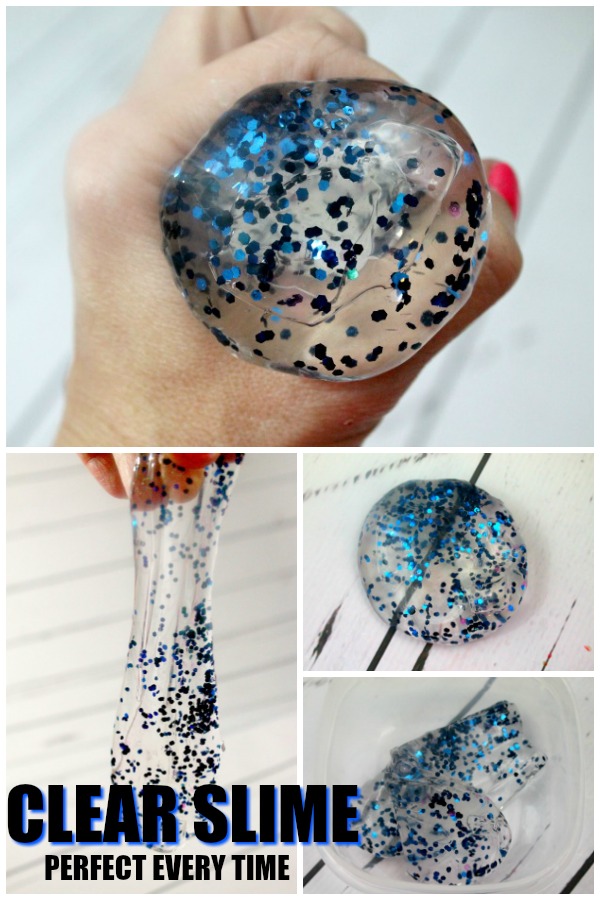