I really struggled with whether or not I should write this post. For months, well years actually, there’s been an on-going debate over guns in America and gun control. Some people want guns banned, others feel like they have the right to own as many guns as they want

. I, myself fall in between. 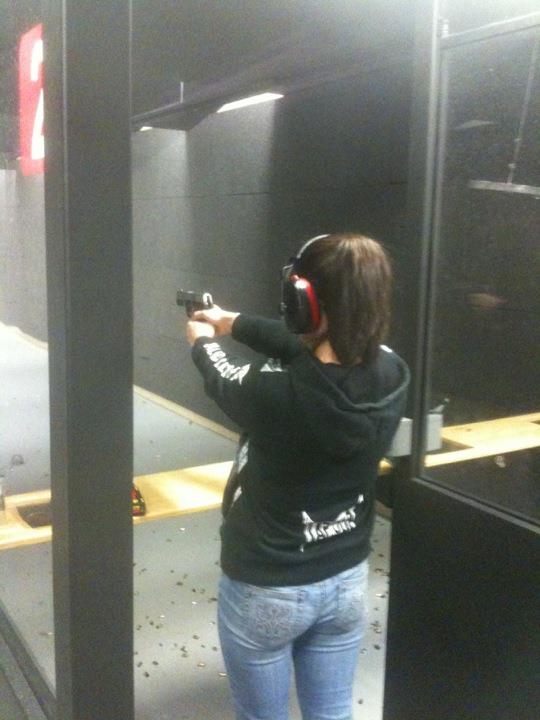 I think as an American, it is our right, our constitutional right, to bear arms. We should be able to protect our lives and the lives of our families. And if that means with a gun, so be it. Now I’m not saying any person should be able to walk into a gun store and buy as many guns as they want without some sort of regulation. I agree there should be screening.

If you look at the one thing that these mass shooters have in common, it’s mental illness. In this country there is very limited resources for people who have mental illness, especially if you don’t have insurance. And if you do find a hospital that will accept a new patient the chances are they will pump them full of meds and ship them on their way in a few days because there just isn’t enough room. If we fight the problem at the core then maybe we can find a way to combat these senseless killings that seem to be happening more and more.

Now I know many of you are thinking that I have no clue what I am talking about. Maybe you’re thinking well if she’d ever lost someone she loved to guns, she’d feel differently about them. But you see I have lost someone I love to gun violence.

My brother, Christopher was shot and murdered in 1995 when he was just 20 years old. He had just gotten married 4 days before and had a baby on the way. A little girl that he would never meet. His life was taken in the most tragic and heartbreaking way a person can die. His murderer, a 17 year old, was sentenced to life in prison without the possibility of parole. This 17 year old kid owned this gun illegally. He didn’t go into the gun store and do a background check, he picked up that gun on the streets.

Why We Should Have Guns In America

About 3 years ago, there was a young mom here in Oklahoma that defended her life and the life of her 3 month old baby with a gun. Her husband had recently passed away and she was home alone with her infant baby. Two men broke into her home. They didn’t have a gun, but she did. And she did what she had to do to protect her family. She shot and killed one of the men who broke into her home with a hunting knife. These men weren’t there to do anything but pure evil. Now had she not had that gun to protect herself, who would have. She lived out in the middle of nowhere and even though she called the police it took them over 20 minutes to reach her. If she didn’t have that gun, who knows what horrible things could of happened to her and her baby.

These are the exact reasons why American’s should have the right to bear arms. If you make guns illegal the criminals will still find a way to get them. There is no way around that. Taking away guns is like taking away an illegal drug like heroin. It’s not possible. If someone wants something bad enough, they will find a way to get it. Especially the bad people.

I understand that this is a touchy subject and there are going to be many people out there who will disagree with me, and that’s ok! This post isn’t meant to offend anyone or start a debate on who is right or wrong. If anything I hope that from this post you will take away another person’s perspective and let you see why some people feel so strongly about the right to bear arms.