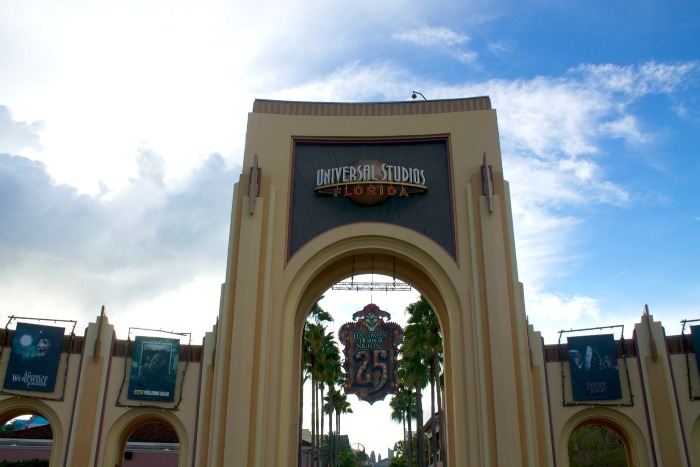 This year is the 25th anniversary of Halloween Horror Nights so I knew that Universal Studios Orlando was going to go all out. They brought some of the scariest creatures imaginable to this years event including some new faces and even a few older faces you may have recognized at past HHN events. There are 9 terrifying houses, 5 scare zones, and 2 live shows at Halloween Horror Nights 25 so the night is sure to be one you will never forget. 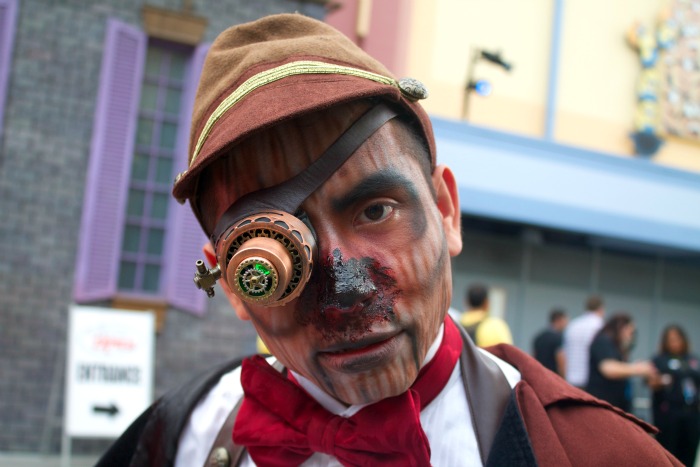 I will admit, this house had me a little freaked out. I’m not much into “demon” type movies so I wasn’t sure how scared I’d be in this house. Well I was scared and it was creepy but it was great. This house is a combination of the first two Insidious movies. If you’ve seen the movies then you will immediately recognize many of the scenes in the house from the films, including the custom made blue wall paper. If you haven’t seen the movies that’s ok. You’ll still be equally scared. And yes the Lipstick Faced Demon makes several surprise appearances throughout the house. 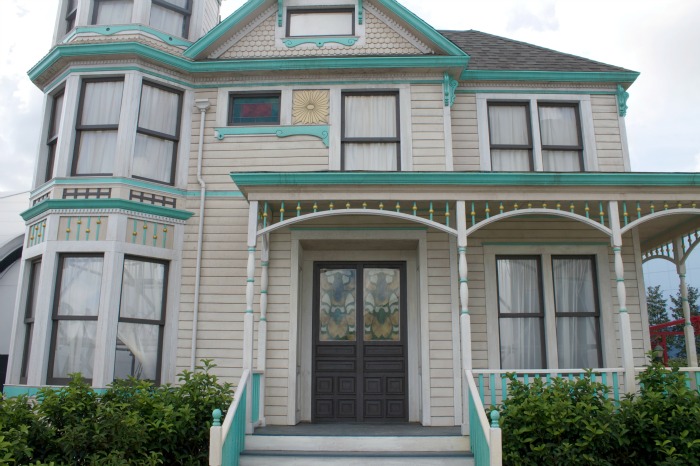 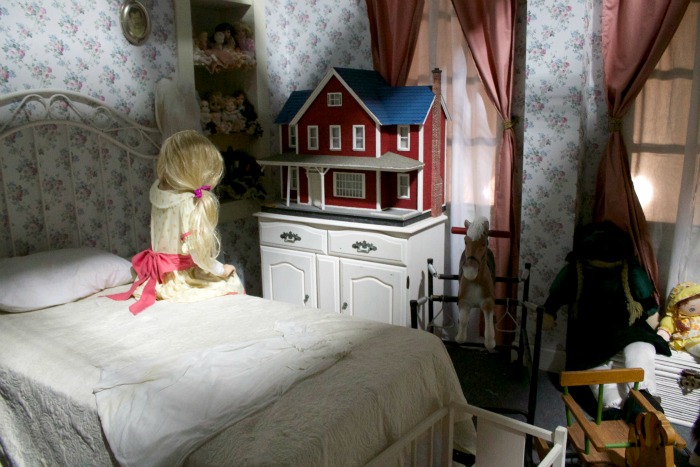 Children of the 80’s are going to have a frightening good time when they walk through this house. You will go through some of your worst childhood nightmares including Camp Crystal Lake and Elm Street. And don’t worry there will be plenty of opportunities to meet Jason and Freddy! Not only was this house scary but it was really well done visually. I don’t want to spoil anything but make sure you pay close attention at the end where Jason and Freddy battle it out till the end.

This house was by far my favorite. It was incredible (and scary!). This is actually a fan favorite that they used a few years ago and brought it back because it was so popular. The house is basically a retelling of the movie and goes through some of the films most influential scenes. One of my favorite scenes was the one where they guy is actually transforming into a werewolf. I didn’t know whether to run screaming or stand there in utter amazement. The one thing that made this house stand out from all the others were the werewolves that are all throughout the houses. These things look so realistic and pop out when you least expect it. I got to do a lights on tour of this house and will be bringing you more details about it later, so make sure you check back. 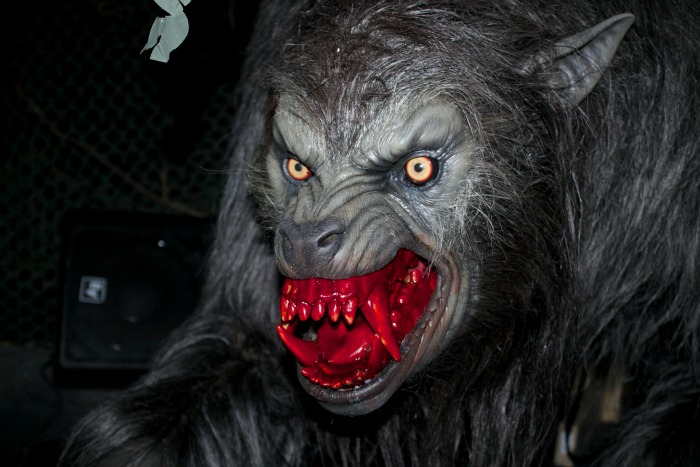 The Walking Dead: The Living and The Dead

Fans of The Walking Dead will LOVE this house. When you walk through it’s like you are in the actual show seeing the zombies walk among you. It’s great but a little freaky for sure. In this house you will walk though some of the scenes from some of the shows highlights of last season. Do you remember Terminus? You will get a taste of this cannibalistic community right as you walk through the door.

Last year The Purge was part of the street experience at HHN. It was super scary to walk through the streets with scare actors who wanted to pretend kill you. But that was just the beginning. This was so popular that they decided to turn it into it’s own house and boy was it disturbing. If your not familiar with the movie The Purge it takes place in a future America where there is virtually no crime at all. But for 12 hours out of the year, you can do whatever you want, to whomever you want without repercussions. 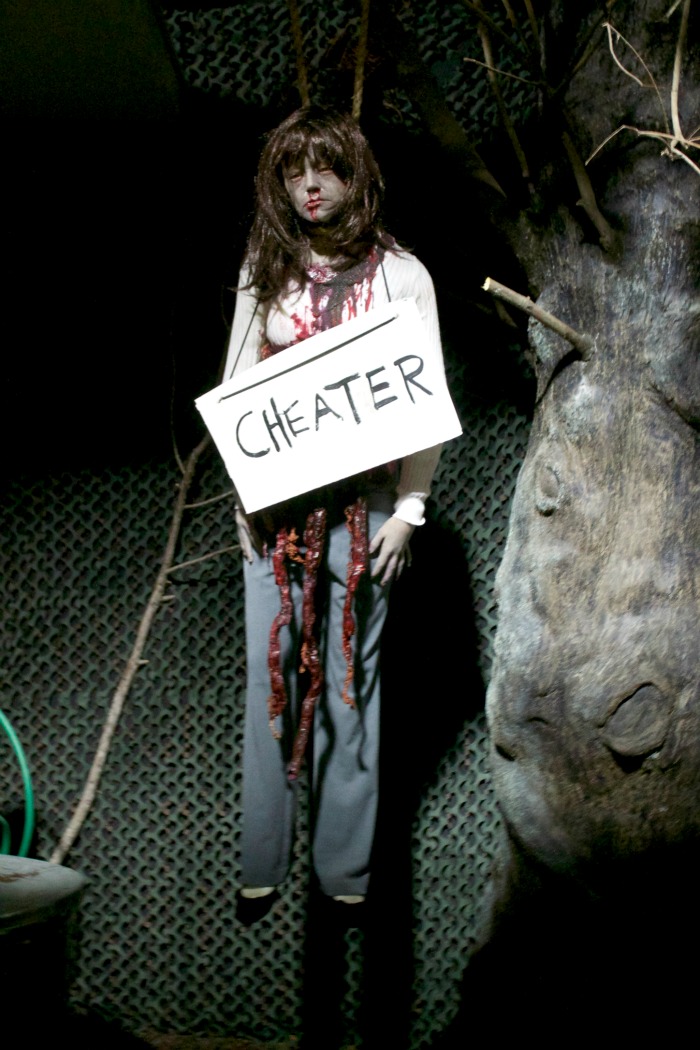 Jack is back and he is here to terrify you with some of your worst nightmares. In this house you’ll be “attacked” by some of Universal’s most classic monsters, a few meat-grinding maniacs and even some familiar faces from Horror Nights past. As scary as this house is I will say that I was really excited to go through it and see what types of people and monsters I would see. I was really loving the classic monsters. Definitely a great house that HHN fans will enjoy.

Do you remember the movie with Arnold Schwarzenegger from the 90’s called The Running Man. That is exactly what I thought of as I walked through the Run house. You are basically running for your life from skilled assassins. Sometimes it’s the real crazy people that are scarier than the make believe monsters. Be prepared for lot’s of blood and gore in this house. 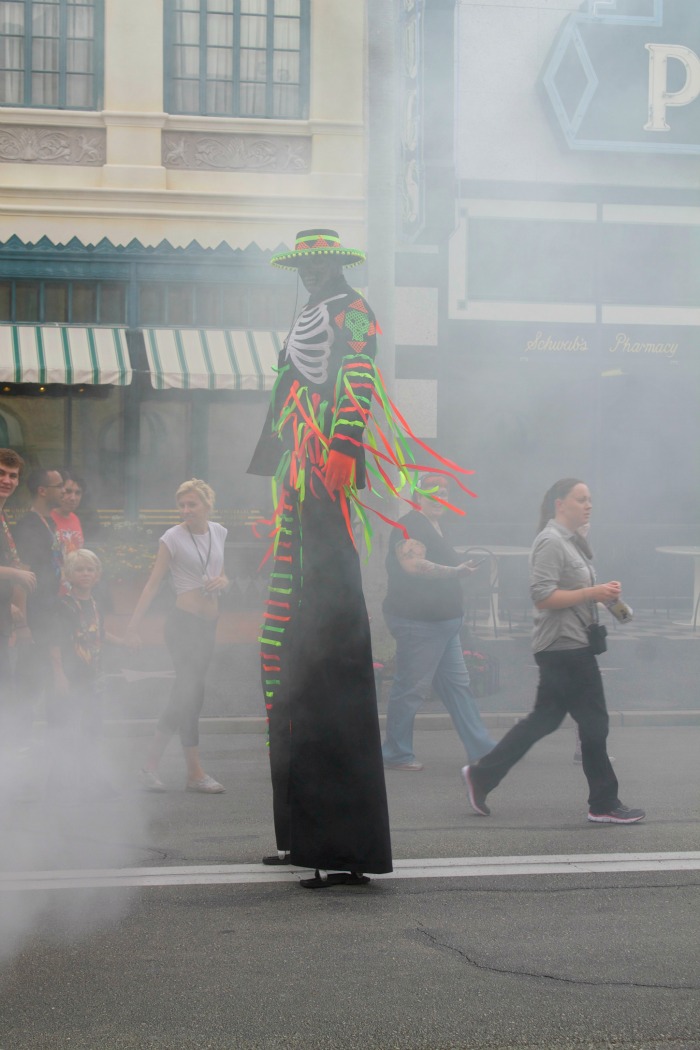 This house was a little bit different from the others. You won’t find monsters or blood and guts but you will find some visually creepy creatures throughout. This is a 3D house so upon entering you will be given a pair of 3D glasses which will help to create and true terrifying wonderland. What makes this house so scary is that the 3D effects will sort of distort your vision making you wonder if something is real or not. It’s pretty creepy but also super fascinating at the same time. 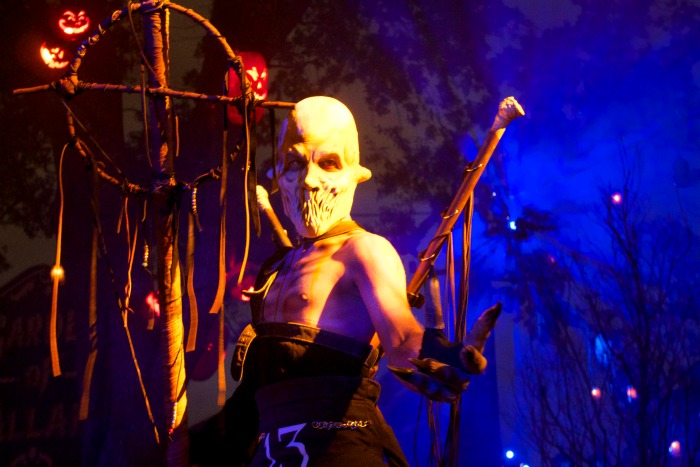 As you walk from house to house you will come across some pretty frightening scare zones during your time at HHN. There are 5 different zones scattered throughout the park and each is equally incredible. The actors are there to scare you so be prepared the more scared you look, the more they will come towards you. Also they are lurking around every corner and even some places that you might not be expecting so be prepared.

This year there are two shows that HHN guests can enjoy. The first is the very popular Bill & Ted’s Excellent Halloween adventure. This show is a combination of comedy, dark humor and some scantly dressed men and women. This is a really funny show, but warning: It’s not for kids! The second show is The Carnage Returns where Jack the Clown is on a murderous rampage and looking for his next victim. Each of these shows is worth checking out if you have time. 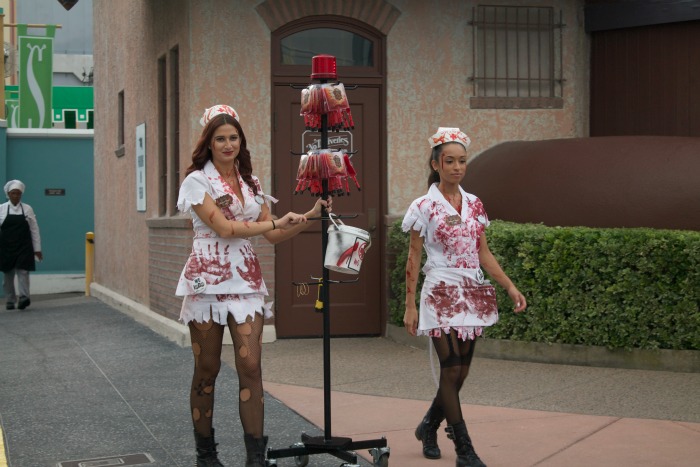