There are so many amazing rides at Disney World but the one that is at the top of my families list is Toy Story Midway Mania located in Hollywood Studios at Walt Disney World. This ride is only a few years old but still remains one of Disney’s most popular rides so arriving early to the park is essential if you want to ride without waiting in a long line. 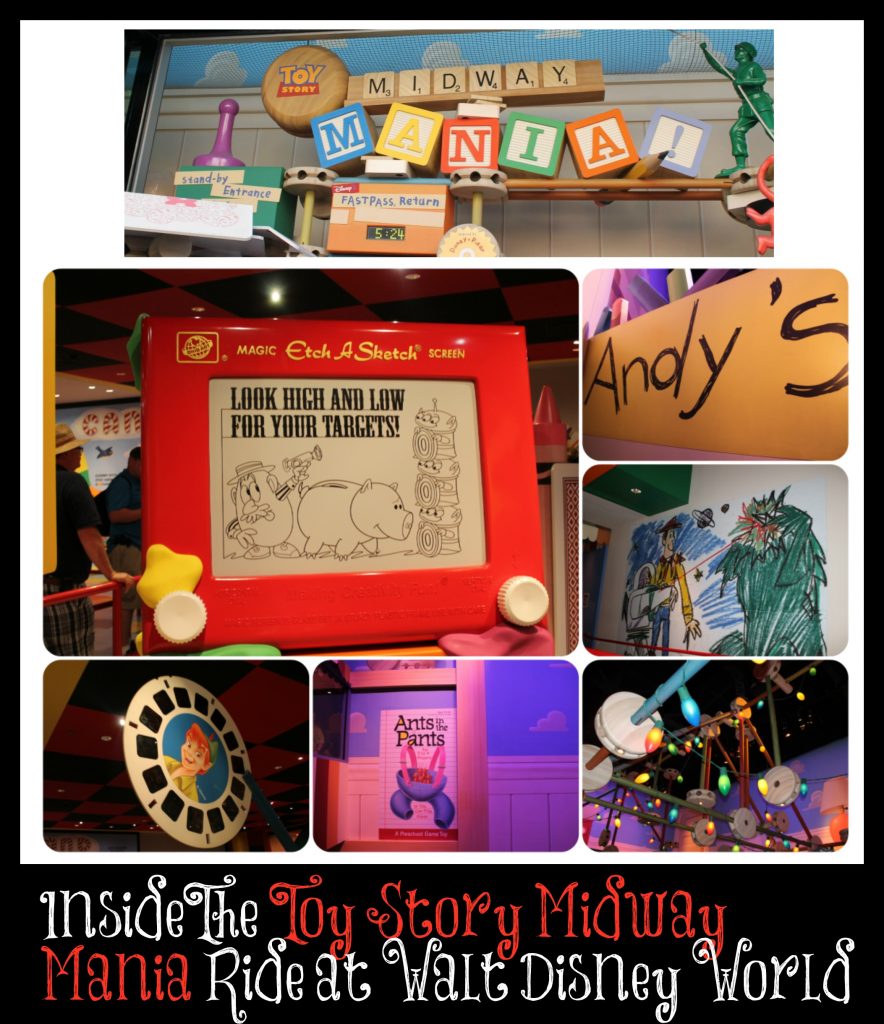 This ride also offer’s Disney’s Fast Pass which allows you to ride at a specific time without waiting in the line. While were at the park Toy Story Mania had a wait time of almost two hours and the Fast Passes were gone by noon and this was in mid-May. 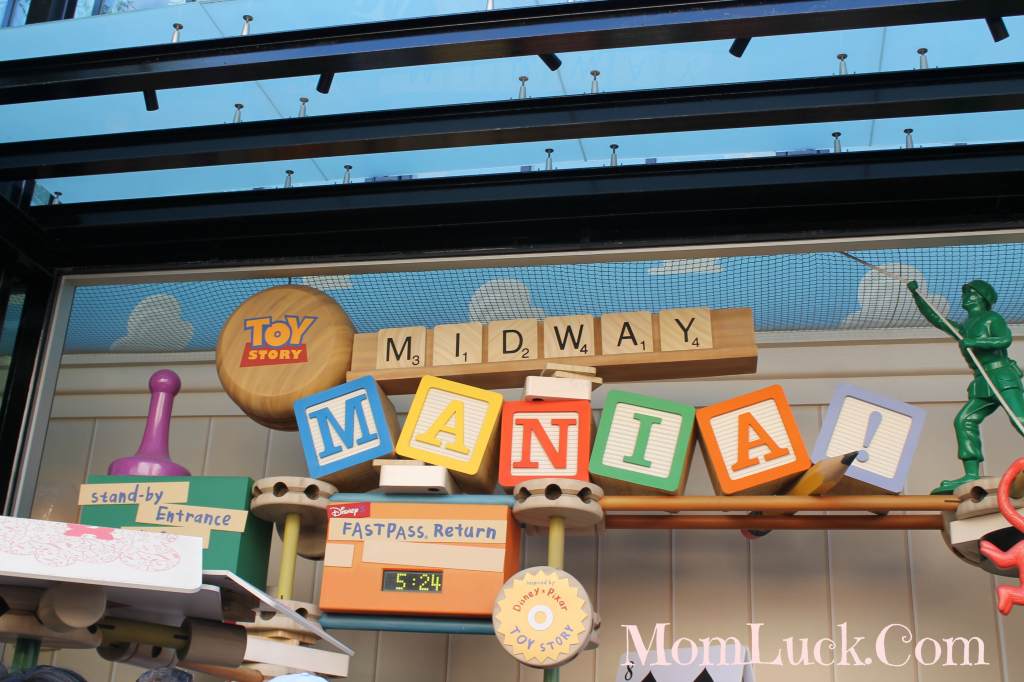 If your not able to arrive early and get a fast pass and find yourself waiting in line there is a lot to look at through the line. I would also recommend bringing your camera so you can grab some fun photos. 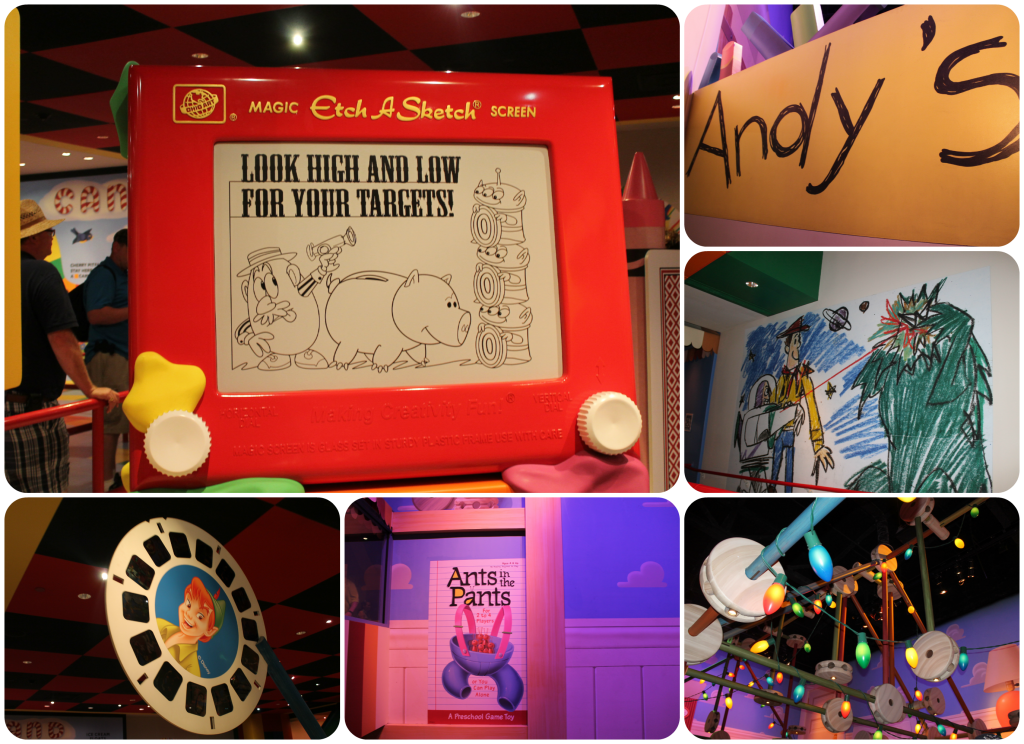 Each ride vehicle can hold up to four people with two on each side. There are also two guns in each car which you will use to aim and shoot targets throughout the ride. The concept of Toy Story Mania is sort of like a carnival so you can expect to see lot’s of carnival type games during the ride. The ride is 3-D so before you get into your vehicle each passenger will need to grab and put on a pair of 3-D glasses that you can get while waiting in line. 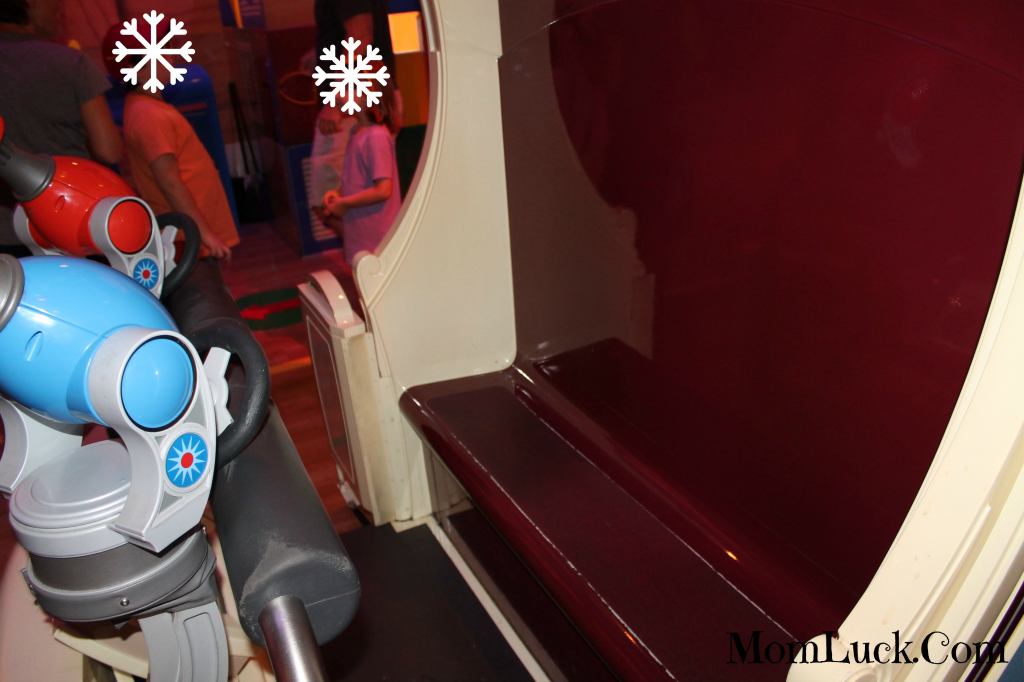 The gun is really easy to move around and aim and targets. The bottom of the gun as a ball attached to a string which you will pull on when your ready to shoot. This is a 3-D game so nothing actually shoots out of the gun. 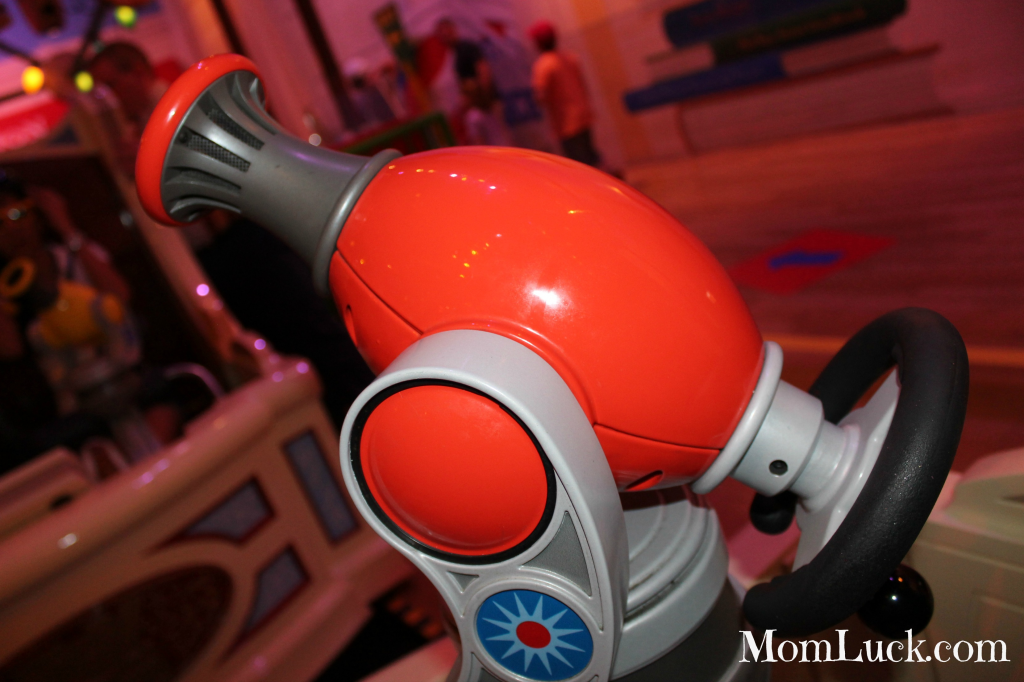 During the ride your vehicle will move and turn and you will go from game to game. Each stop you will have a chance to shoot as many targets and gain points. The vehicle has a little screen which shows you what your score is and what your opponents score is. At the end of the ride you will be given the final scores for you and the top score of the person in your car. 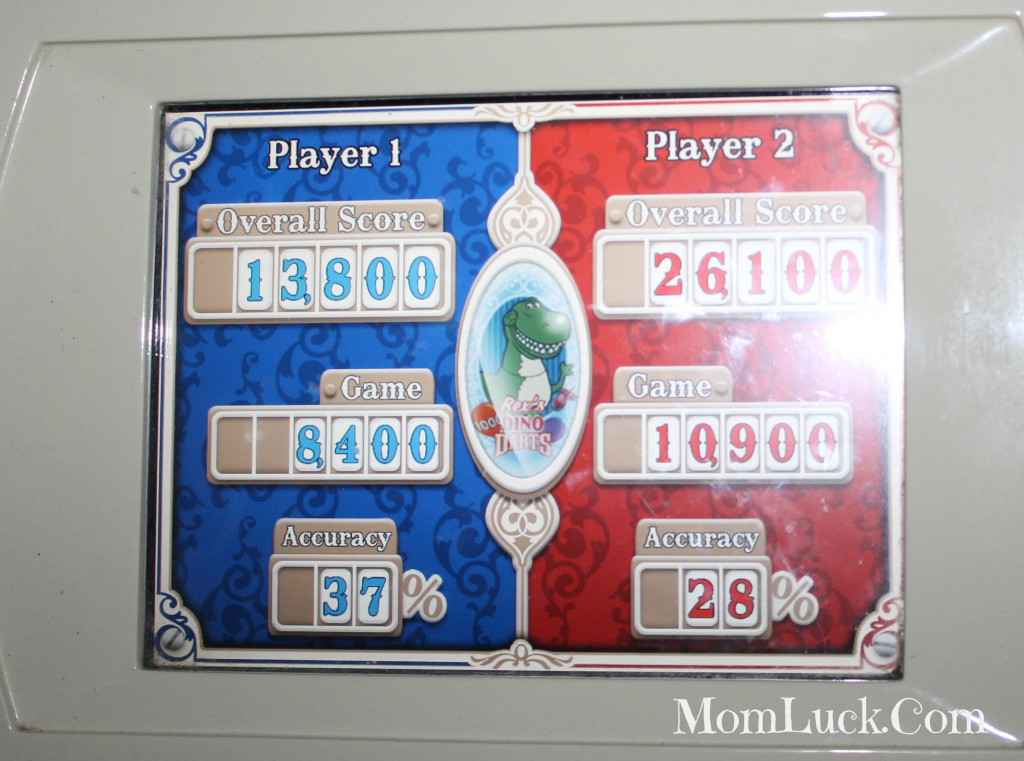 Inside the Toy Story Mania Ride

My family and I get pretty competitive on this ride and each time we try and beat our last score. It’s really fun ride and I think that is why it’s so popular. Below are a few more of my favorite pics from the ride. 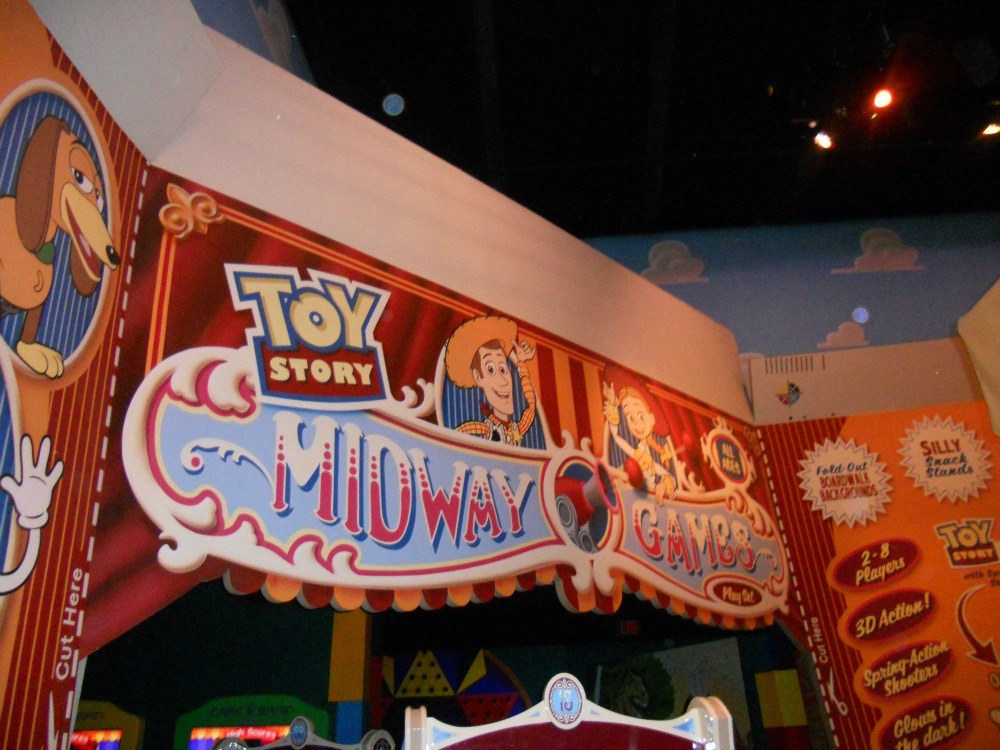 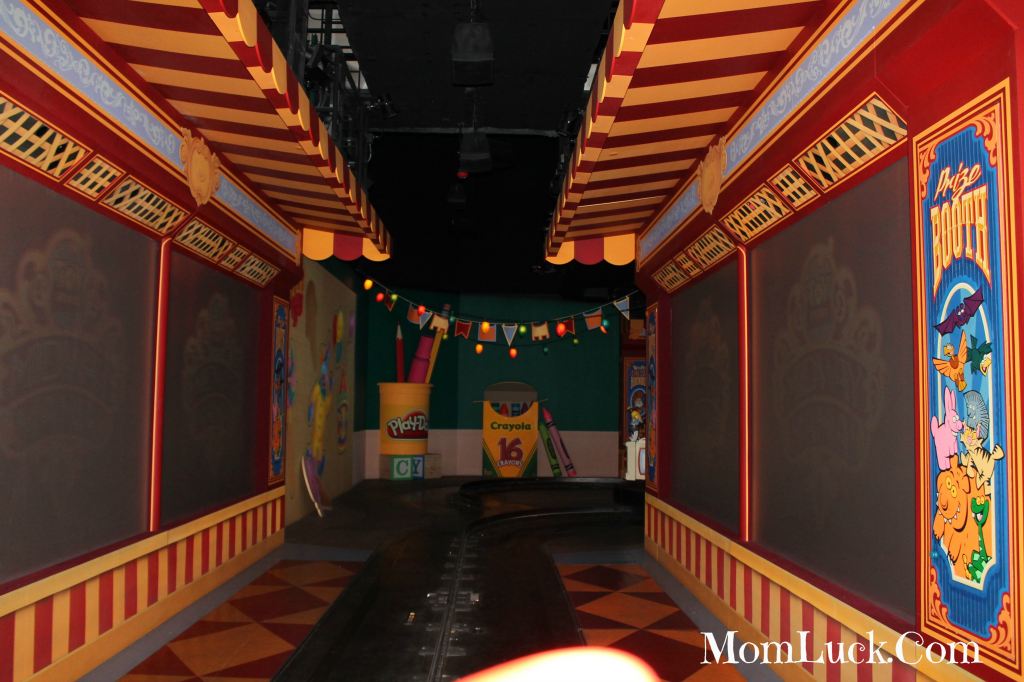 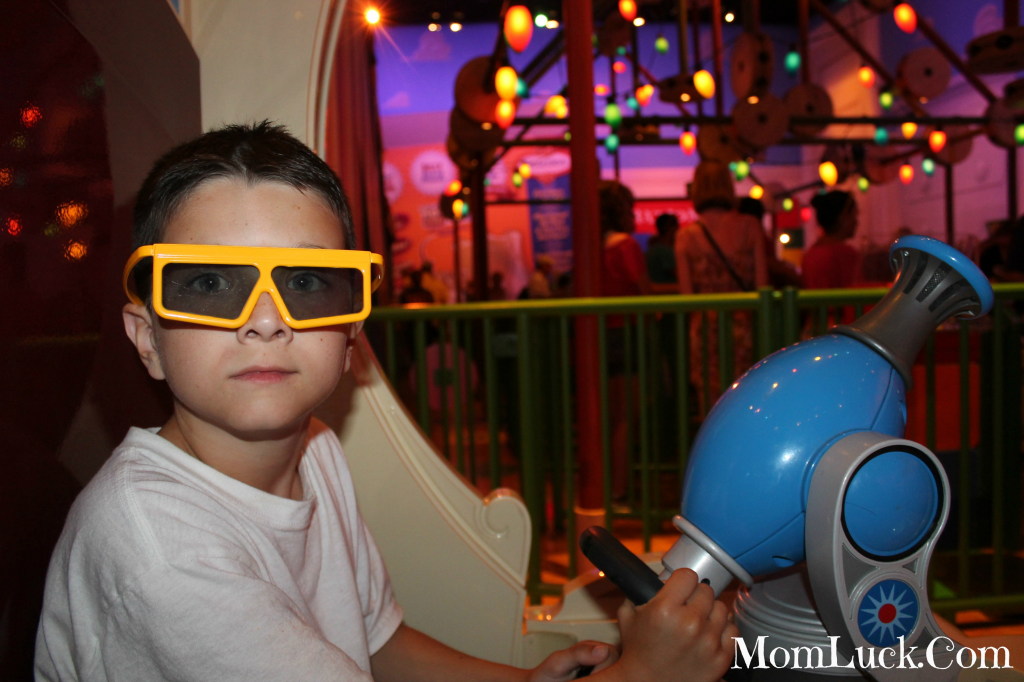 Chances are you will probably want to ride this ride more than once so if the line is short enough grab a Fast Pass first and then stand in line. That way you can come back later with your Fast Pass and ride again. If you’ve been on this ride I would love hear what you think about it?!

For more Disney Tips and Tricks be sure to check out some of my other Disney Posts.