Last September my family and I made our much anticipated journey to Florida to visit Disney World. During our week long vacation was the start of the Mickeys Not So Scary Halloween Party and even though it wasn’t that close to Halloween I still decided that this would be a fun event to attend with my family.

Ticket Prices for Not So Scary Halloween Party

The tickets are a little pricey at $60 a piece but if you like Halloween and want an experience of a lifetime, it’s worth the extra money. The Halloween party runs on select dates through September, October and early November so you will want to make sure that you get these dates ahead of time to make sure there is a party while your visiting.  I have been told that these tickets can sell out especially the closer you get to Halloween so if you have your heart set on attending this event, I would suggest buying them early. I will warn you though the tickets are non-refundable and non-transferable. I bought our tickets about 3 months before our trip, and saved about $30 by purchasing them early. 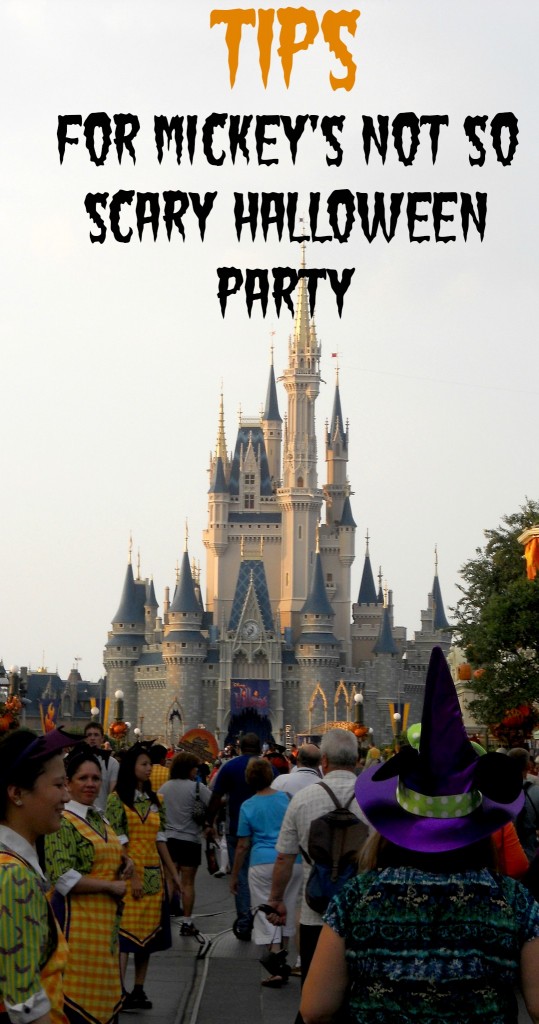 A Not So Scary Halloween

A month before our vacation I started looking for costumes for my kids to wear to the event. Kids (and adults) can pretty much dress up as whatever they like as long as it’s not something really scary or inappropriate. Remember there are a lot of kids walking around so seeing the predator or a sexy french maid may be a bit much for this type of not so scary Halloween Party.  My daughter Aubrey dressed up as Alice (from Alice in Wonderland) and Jeremy my 8 year old dressed up as a Zombie slayer. My husband and I decided not to dress up which I really regret, if I ever go again I will definitely go all out, because that’s part of the fun. Disney does a great job of transitioning the park into this fall/Halloween theme and as soon as you hit the gates you will notice the difference, even the workers are dressed in special outfits for Mickeys not so scary Halloween. 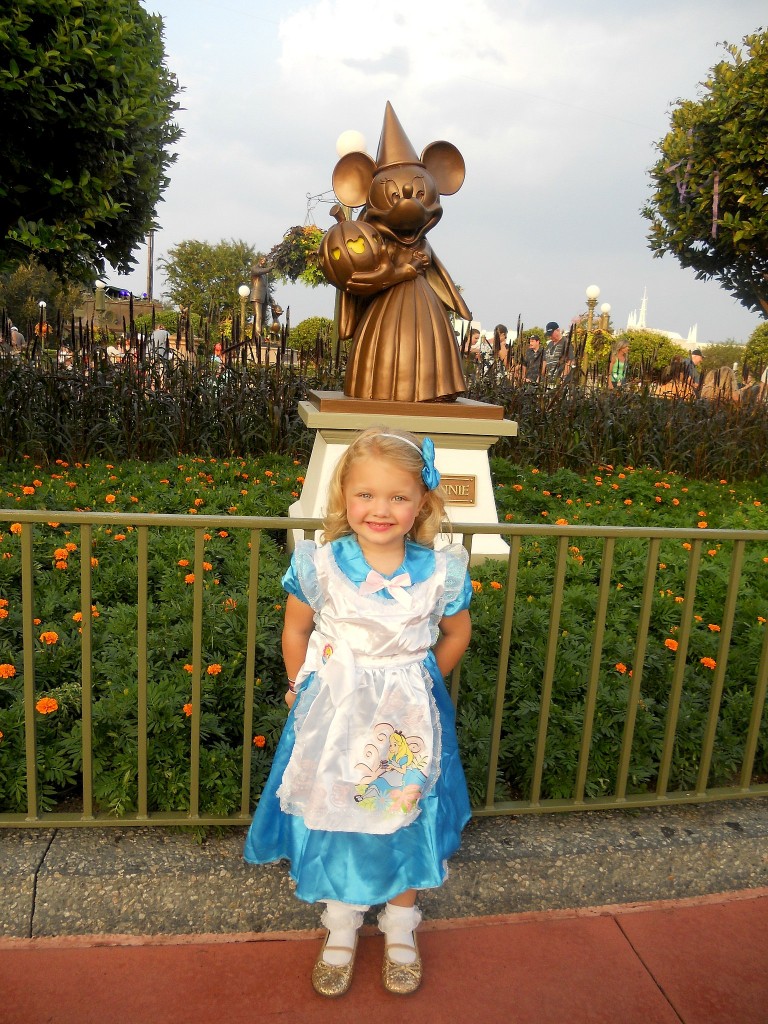 As you walk up to the gates  for Mickeys not So Scary Halloween Party each person with a ticket to the event is given a special wristband, map with all of the character and candy spots as well as a trick-or-treat bag. The wristband is very important because if you don’t have one on during the party you will be asked to leave. This is how the determine who has bought a ticket and the workers were actually very good about escorting people out that didn’t have a wristband. I highly recommend you make a plan of what you want to do the most before getting to the party, especially if you want to see the special characters. 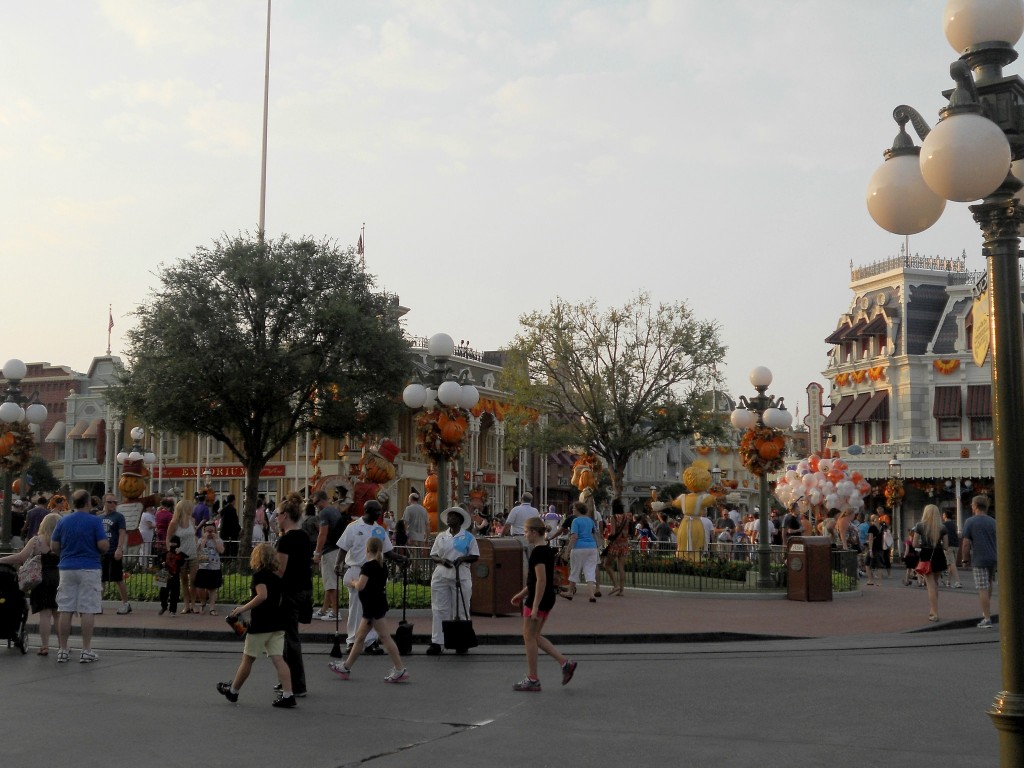 The Seven Dwarfs At Disney

We decided to see the seven dwarfs first because as we would soon find out, this is one of the most popular things to do during the party. This is the only time during the entire year that you will find the seven dwarfs all together at the same time so the line to see these little fellows is almost always very long. We went straight to this spot (which was by Splash Mountain) and still ended up waiting in line for about 45 minutes. Am I glad I waited..absolutely! The look on my daughters face was priceless. This was one of my favorite moments from the entire night. 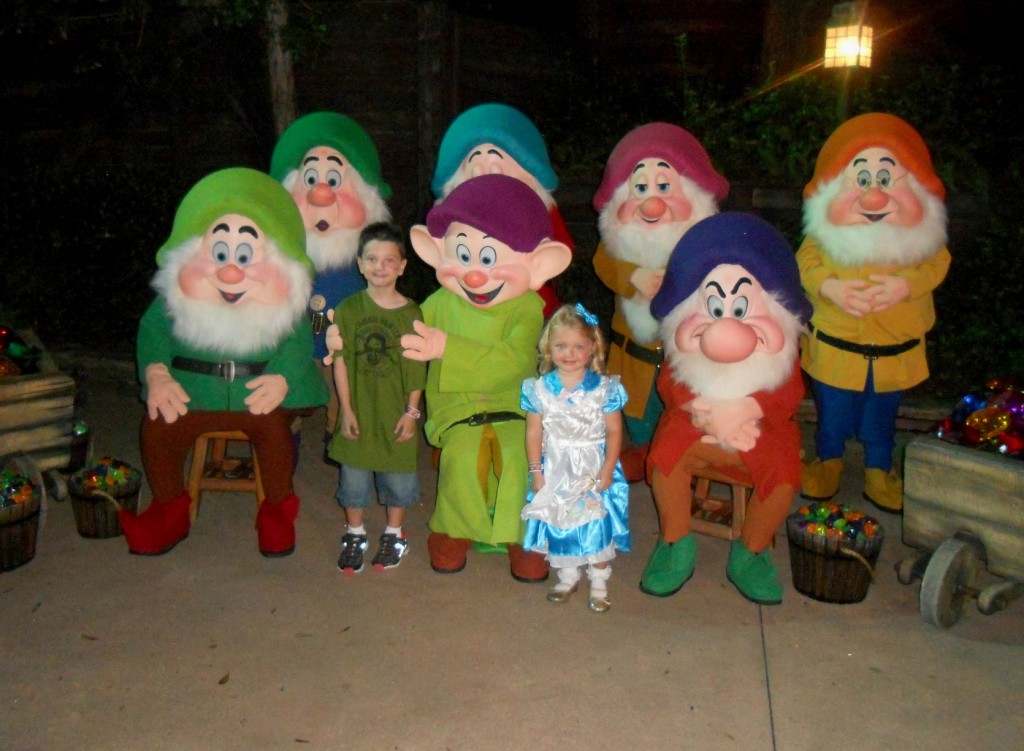 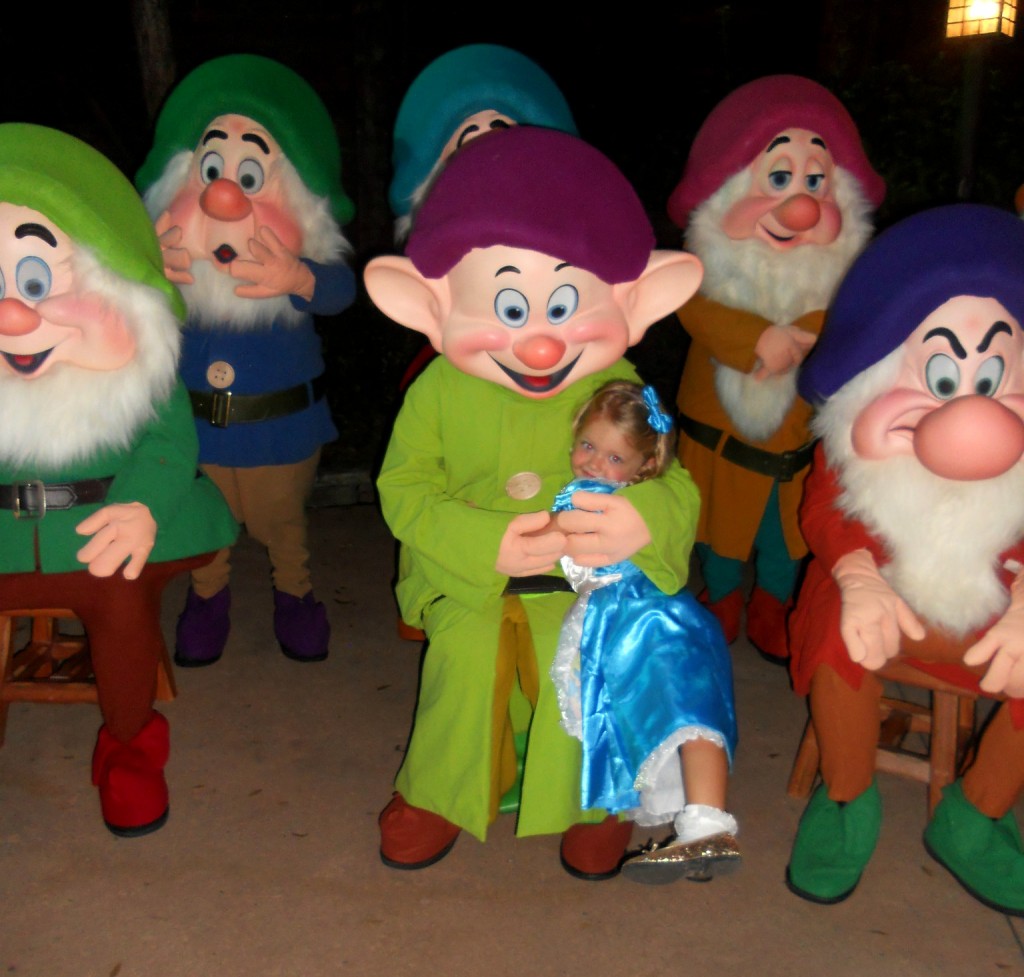 After the meeting the seven dwarfs we decided to catch the first parade of the night. There are two parades one at the beginning and one towards the end. We had planned on going to the second one, but I’m so glad we didn’t because the kids were still energetic and were really able to enjoy the parade to the fullest at the beginning of the night. So I’m not a big parade person, but the Mickeys Not So Scary Halloween parade was incredible from the start to the finish. At first it’s a little bit scary as the headless horseman rides through the streets but it was really exciting and the crowd went crazy. 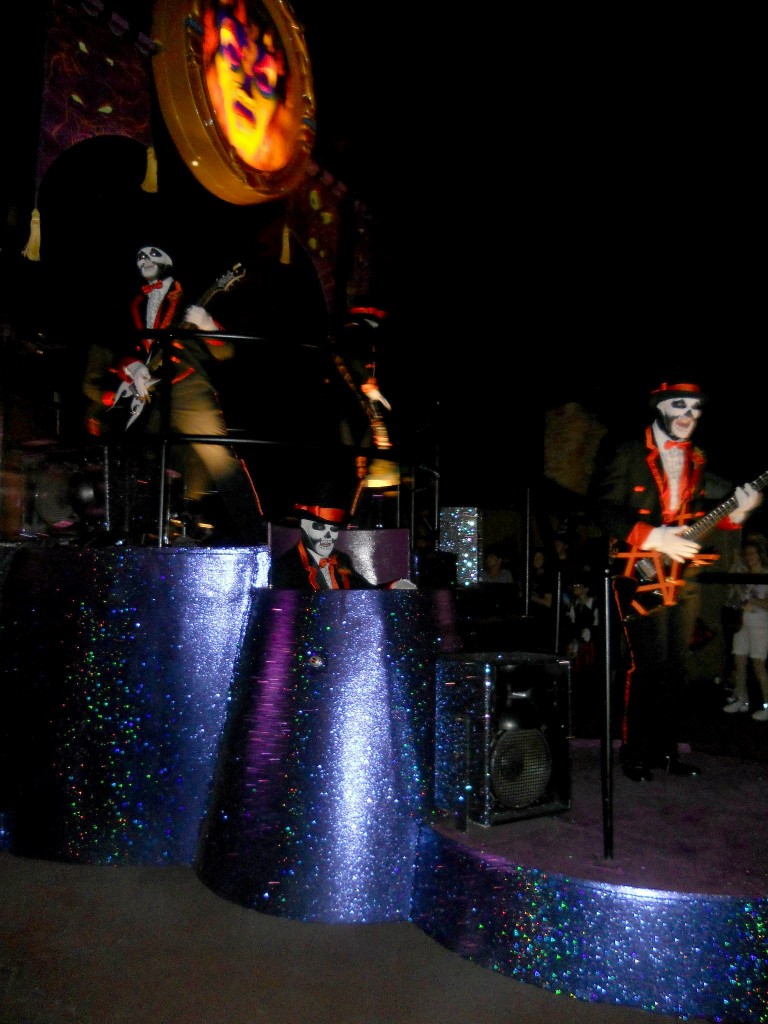 All of the villains come out during this parade but don’t worry they aren’t too scary, this event is made to be fun even with the bad guys. Disney did a great job on the music and choreography for this parade and out of all the Disney parades I have seen this one is by far my favorite. Besides the Headless Horseman, my favorite part of the parade were the grave diggers who all carried shovels and made them spark as they scrapped them along the concrete. I wish I could have gotten a picture of that! 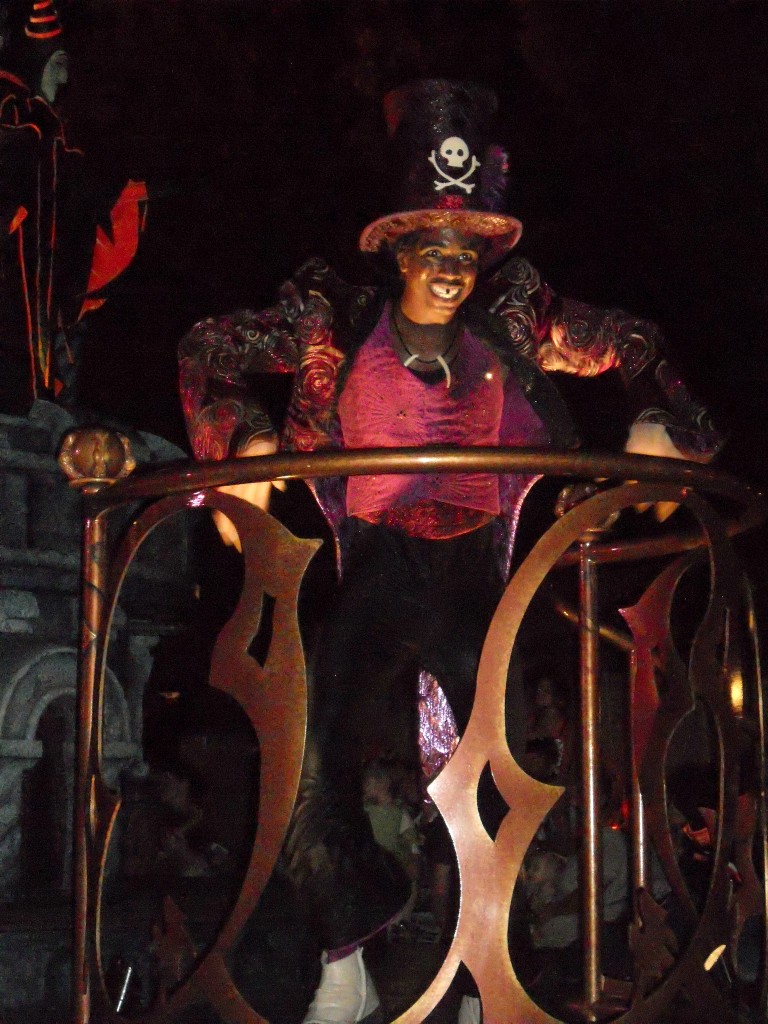 A tip I have for anyone with kids, is to purchase some cheap glow in the dark bracelets from the dollar store before your trip. These are so much fun and it will save you so money on those expensive glow in the dark souvenirs. 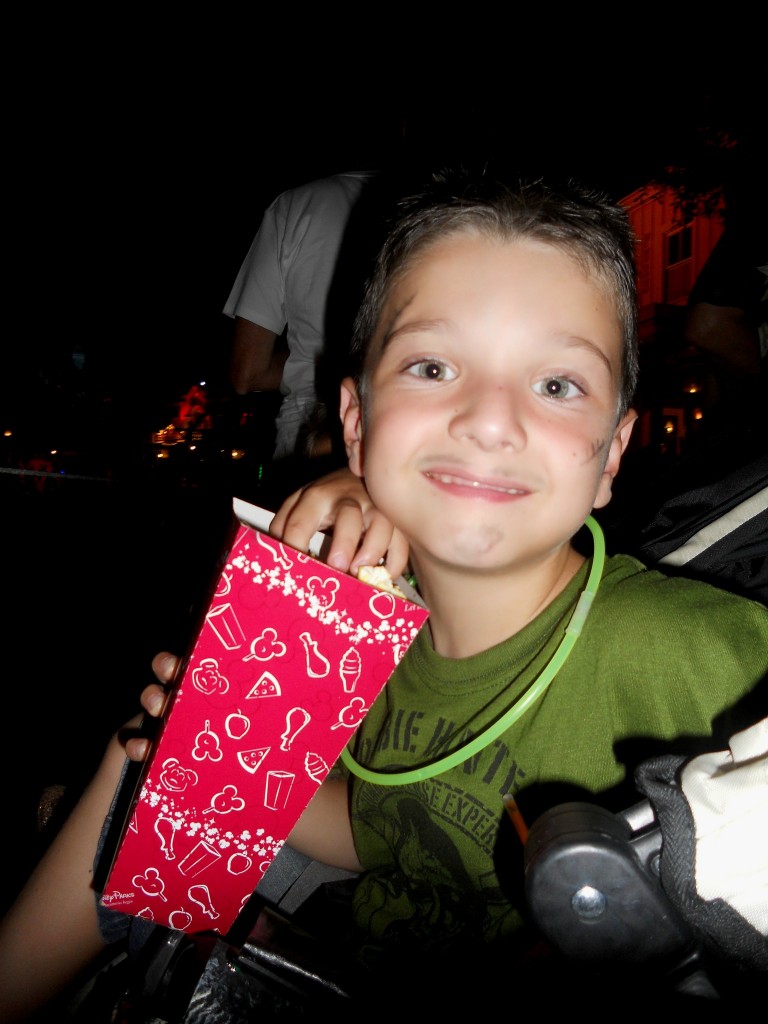 After the parade you should definitely take advantage of the short ride lines! We were able to get onto most rides without any lines at all, with the exception of the Haunted Mansion. This was probably the most popular ride but even though it had a line we probably didn’t wait in it for more than 20 minutes. The Haunted Mansion looks so creepy at night and during the Halloween party they add more cob webs, fog and creepy noises to make it even more scary. My son, who normally loves this ride, was a little bit hesitant at first because of the fog but once we got inside he was fine. If you have little ones who scare easy, you might consider skipping this ride because it might be too much. 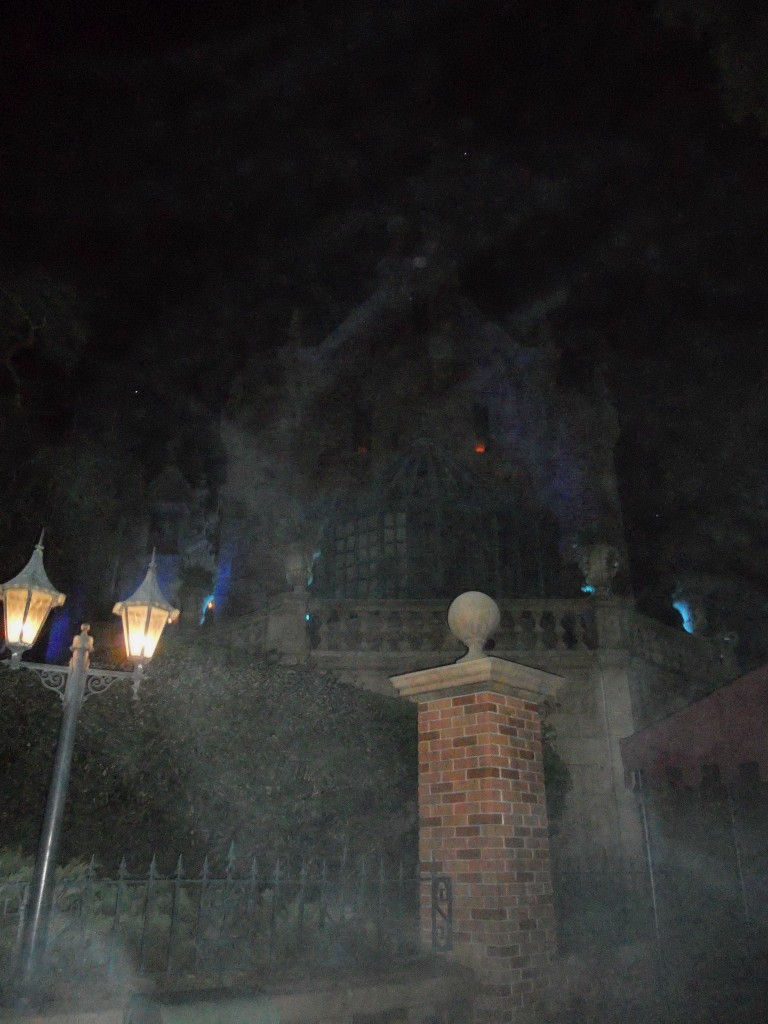 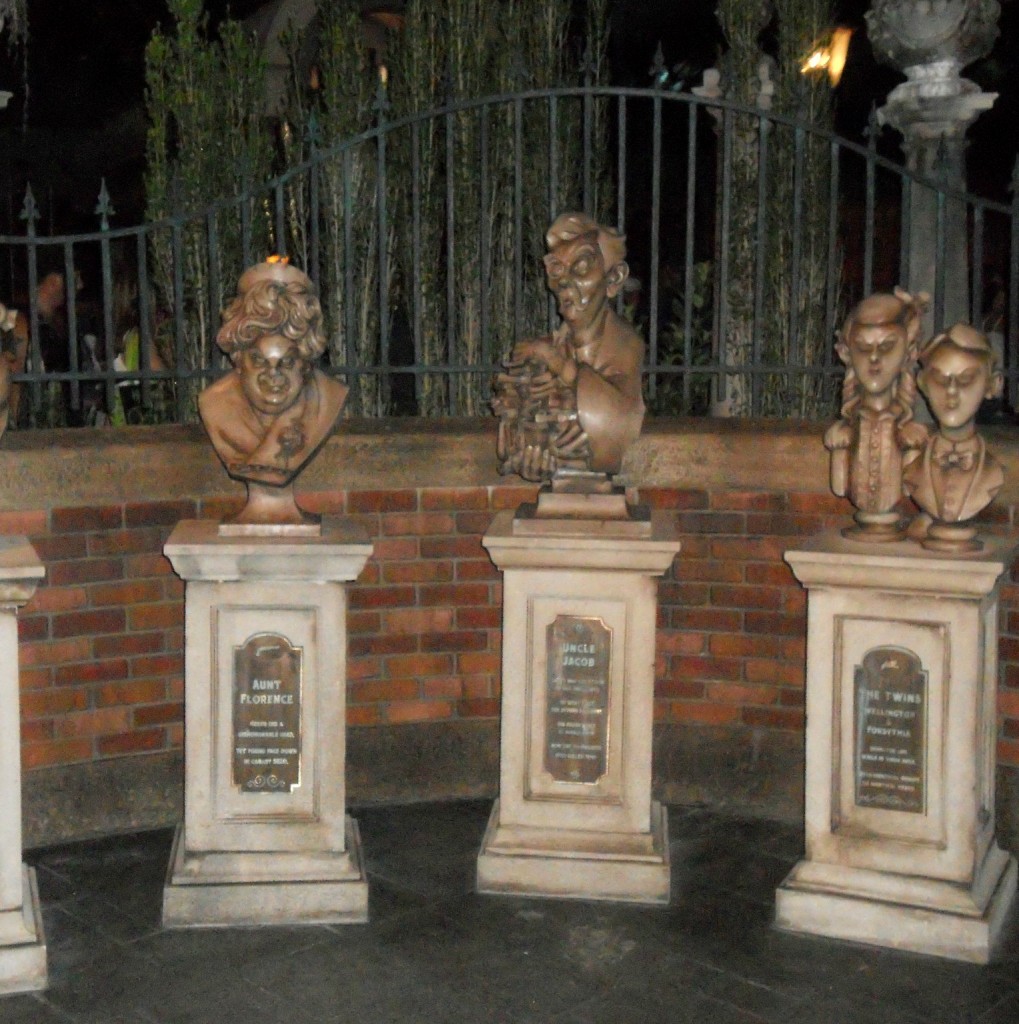 Tips for a Great Not So Scary Halloween

Here are a few of my tips to get the most out of your Disney Halloween at Mickeys Not So Scary Halloween Party:

This Not So Scary Halloween party was so much fun and something I would definitely do again. The price for the ticket is expensive, but worth it.