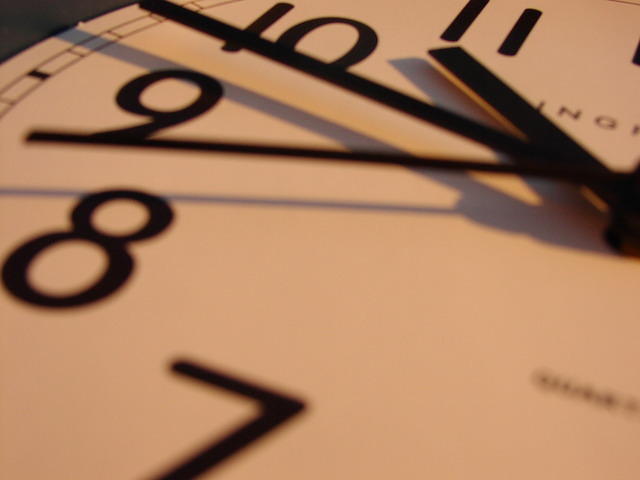 Is it Ok For Your Doctor To Keep You Waiting But Bad When You’re Late?

How many times have you been at your doctors office and waited 15, 30 or even 60 minutes past your appointment time? This has happened to me more than once. In fact, I can’t remember the last time that I had a Doctor’s appointment that was on time. But what happens when the tables are turned and you’re the one late to the appointment? Well I will tell you the story about what happened to me when I was late to mine.

Actually let me correct myself. I wasn’t even late to my doctor’s appointment. My daughter was scheduled for her 7 year well check-up at 3:00pm. In all fairness when I made the appointment they asked me to come in early, so that I could fill out paperwork. No problem! Well turns out the day of her appointment at Utica Park Clinic I was running behind. On my way into the appointment I ended up running, trying to catch my breath I might add, into the doctor’s office at 2:57pm. “Whew” I’m not late! WRONG.  As the extremely rude receptionist, named Shelley, soon let me know. I was informed that I had to reschedule my appointment because I was told to show up 30 minutes ahead of time and didn’t. I apologized and told her that I am really fast at filling out paperwork to which she snaps, “YOU HAVE ONE MINUTE” and then rolls her eyes.

Ok so at this point I am pretty irritated that I am being talked to like a criminal. But I keep my cool, shut my mouth, and sit down to fill out my daughter’s paperwork. Because, let’s not forget, I only have one minute. I am filling out that paperwork so fast that I am shaking, and starting to sweat. But I am determined to fill it out as fast as I can.  I am now down to the last page, when the extremely rude receptionist yells out to the open waiting room, “We’ve canceled your appointment because you were 30 minutes late”. WHAAAAAT! At this point I am livid because I am almost done, one more page. But that doesn’t matter, she doesn’t care and apparently neither did the doctor. The time now is 3:04pm. I walked up to her window and said “Are YOU SERIOUS”. She said, “Yes, you should have been here like you were told”. Wow.

So now I have gone from being irritated to being mad. Very mad. You canceled my appointment and I am almost done filling out this stupid paper work! I could have finished it while they checked my daughter’s vital signs. But no, that ship has sailed. There is no way that I am getting back there to see the doctor.  So I ask to speak with the doctor, to explain why I was late. Nope, not gonna happen either. Because “she is with her patients”.

Of course then I asked to speak with the supervisor which took about 10 minutes. By this point I am so mad that I’m crying. And to make matters worse all of this is happening in front of my 7 year old daughter. To be treated so rudely and humiliated because I was late. Give me a break! I am a Registered Nurse and worked in the hospital for over 7 years and never once did I ever treat one of my patients or their family members with such disrespect.

I tell this rude human being, that I am filing a complaint against her which she basically laughs off and says my name is Shelley, but I don’t give out my last name. Then she shuts her window and has a laugh with the other receptionists because apparently I am hilarious. The supervisor was pretty nice but not helpful.  She just basically stood there shaking her head, agreeing with me. But honestly, I would be pretty naive to think that she is going to do anything. Because let’s not forget I was the one that was late. Or wait, was I?

I am a reasonable person and if the receptionist would have talked to me like I was a human being this situation would have been different. The problem isn’t really with me being late, it’s the way I was treated because I was not early.

So what do you think? Should doctor’s be allowed to be late, but exile you when you’re late?