*I received a copy of Frozen on Blu-ray/Combo Pack in exchange for review. All opinions expressed are my own.

Both of my kids are on Spring Break this week so the release of Disney’s Frozen on Blu-ray and DVD Combo Pack couldn’t have come at a better time! This was one of our favorite family films of 2013 and we have all been eagerly awaiting it’s release, on March 18th! 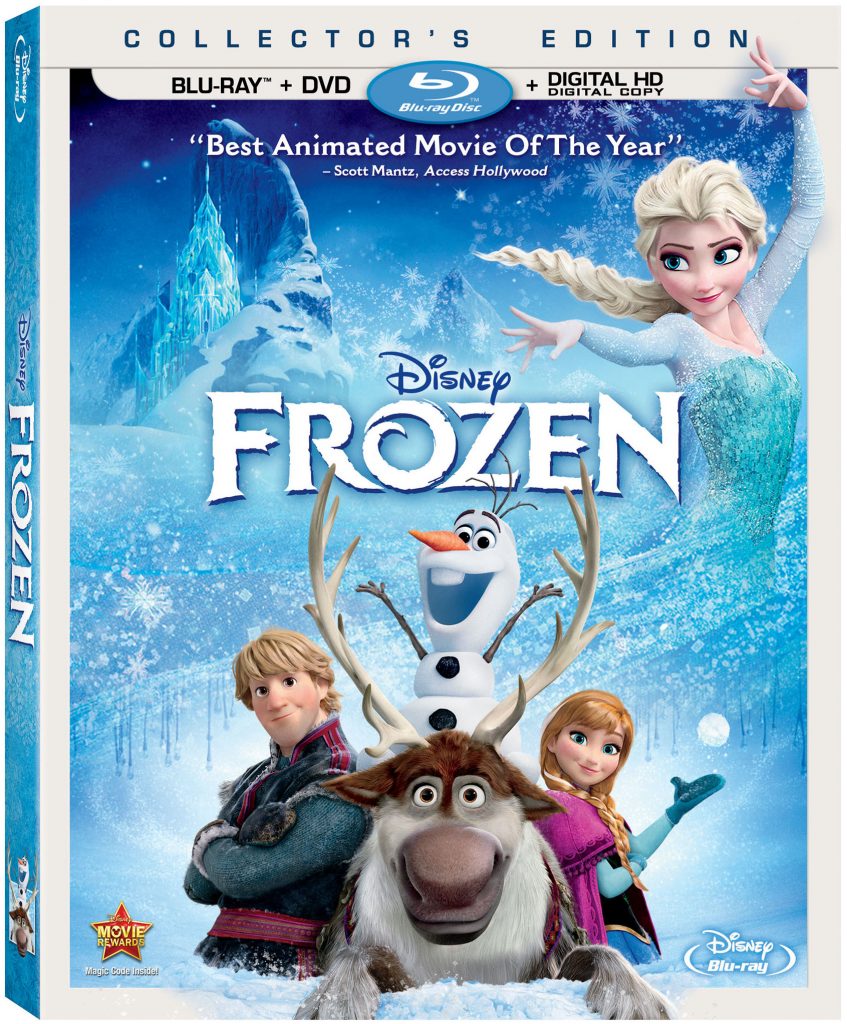 Walt Disney Animation Studios presents a chilly twist on one of the most humorous and heartwarming stories ever told. “Disney Animation’s best since The Lion King” (William Bibbiani, CraveOnline) will melt your heart. Fearless optimist Anna sets off on an epic journey — teaming up with rugged mountain man Kristoff and his loyal reindeer Sven  to find her sister Elsa, whose icy powers have trapped the kingdom of Arendelle in eternal winter. Encountering Everest-like conditions, mystical trolls and a hilarious snowman named Olaf, Anna and Kristoff battle the elements in a race to save the kingdom. Bring home Frozen on Blu-ray High Definition — featuring a blizzard of never-before-seen bonus extras with gorgeous animation, memorable characters and unforgettable music. It’s dazzling fun for the whole family!

Frozen is such an amazing movie! It has awesome visual effects and the music is fantastic. Not only did my daughter love the movie but I was surprised to see that my son liked it too. We just got the Frozen Blu-ray and Combo pack today and as soon as I opened the package they were both sitting in their favorite chairs watching it again. It’s a great movie and one that both adults and kids will enjoy.

In celebration of today’s release of Disney’s Frozen on Blu-ray Combo Pack please see the below video of the filmmakers visiting the Hotel de Glace in Quebec City! The ice hotel served as inspiration for Elsa’s ice palace, and this year featured a Frozen family activity cave and a room modeled after Anna and Elsa’s bedroom. It’s seriously AMAZING!!

To go along with the movie Disney has put together some fun Frozen printable activities for you to enjoy with your family. To print these fun activities just click on the picture below. Enjoy.

Disney’s Frozen is now available in stores and on Amazon. Be sure to pick up a copy of your Blu-ray and DVD Combo Pack today.