If you’ve ever been to a Disney park then you know just how magical they can be. From the moment you walk through those gates, no matter what your age is, there is this this feeling of pure joy and excitement. There is a lot that goes into making people feel that way, and the Disney dreamers and visionaries that are behind the scenes make it all possible. A few weeks ago I got a chance to sit down and chat with a few of these Disney Dreamers and learn more about how they ended up working for Disney and where their inspirations come from. I have to say that I walked away from these interviews with drive and they inspired me to push myself and follow my own dreams. 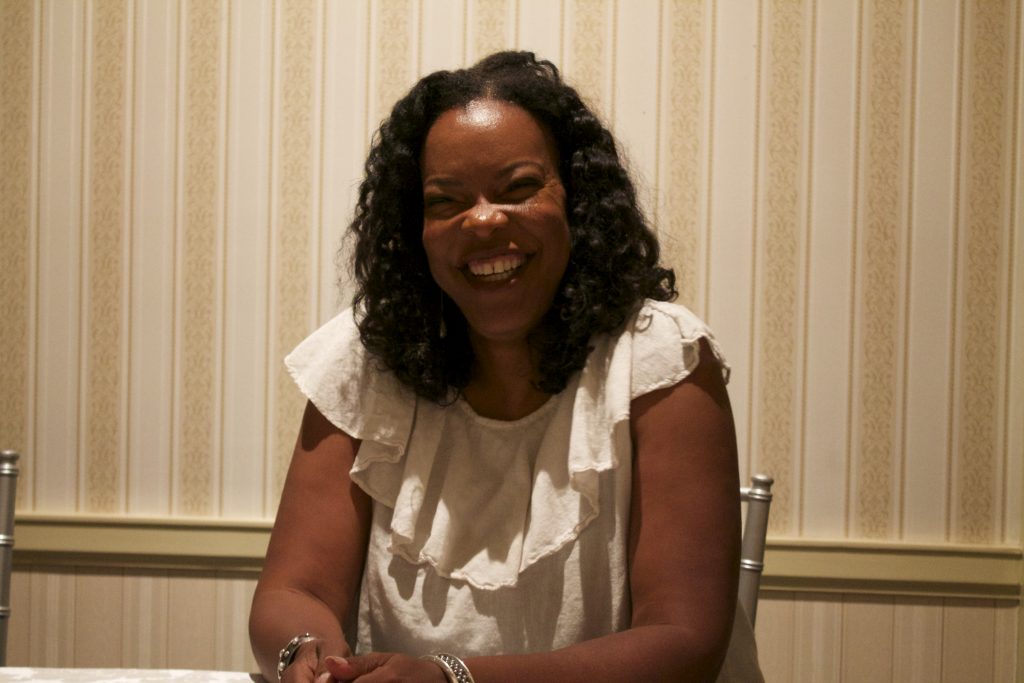 Charita Carter was one of the people that I had the pleasure of sitting down with and chatting. She has worked for Walt Disney Imagineering for 17 years, and has had a lot to do with the growth of Disney. Currently she serves as the Senior Creative Producer and Development Manager of the Scenic Illusion team.   The Scenic Illusion team is responsible for developing new tools and techniques that supply Disney designers with new and expanded capabilities that help with storytelling.

You may be surprised to know that Charita didn’t start her career in art or other technological fields. No, she actually went to school and became an accountant. She eventually moved on to Disney and has blossomed and grown so much in her career over the years. She’s been involved in many major Disney expansions and she is very excited about what the future holds. One of our big focuses with this interview was Tomorrowland, so it was only right to ask Charita what her Tomorrowland would be like. Her answer was great!

What would your Tomorrowland be?

Well, you know, one thing that I really, really love in terms of entertainment is music, so I think that  music would be kind of the forefront of what’s happening in Tomorrowland.  I feel like it’s such a language that inspires people and moves people,  so I would be focusing on ways that, we could deliver, musical offerings to our guests in unique ways.  The whole transportation aspect, we joke at work.  We are always trying to run around and do so many different things and I often say, I wish I had a hover craft.

So my Tomorrowland would have a hover craft so that we can do more things. I’d love to get some attention in my Tomorrowland to really helping people unplug because we do live in such a fast-pace, information overload world.  I think we want to make sure that we’re advancing the future.  That we’re not neglecting the ability for people to really just unplug, be creative. 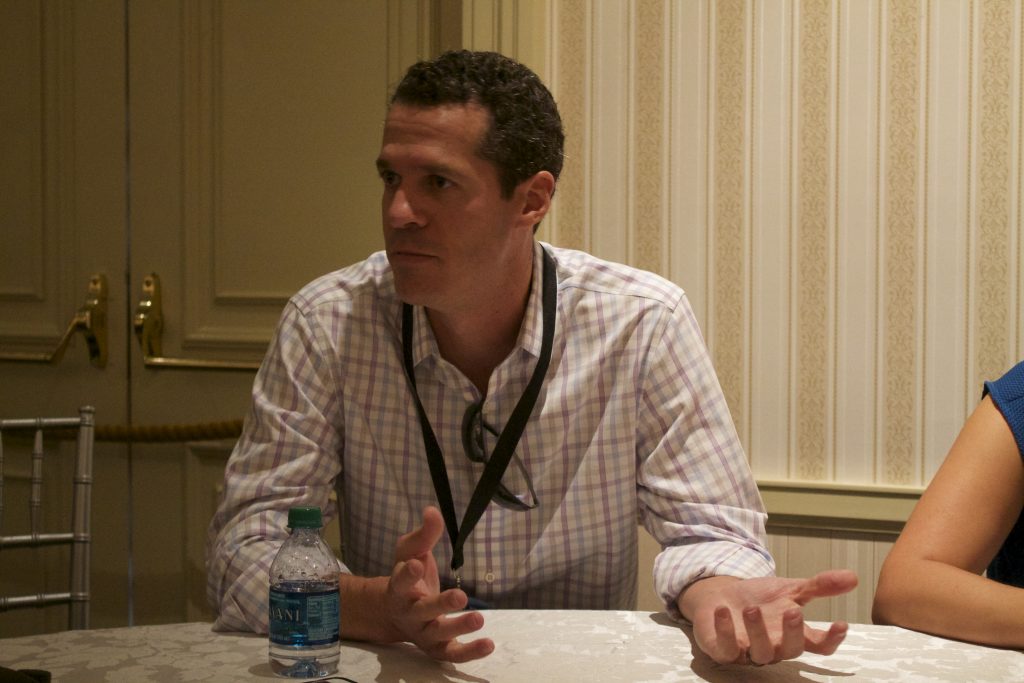 If you don’t know who Mike Goslin is, then chances are if you have kids then very shortly you will. Mike Goslin is currently working on the recently announced Playmation. Playmation is the next step in the evolution of physical play at Disney Consumer Products & Interactive Media.

Playmation, is a new kind of play system.  It’s a combination of wearables and toys that all connect to each other to create a new kind of experience.  What we’re essentially doing is taking old school, you know when kids used to run around outside, and use their imagination and climb trees and run around actively.

Below gives you a little better idea of what Playmation is.

Just this month Playmation is being released into stores and it will be themed around The Avengers. But there are many more fun characters coming to Playmation over the next few years including Frozen in 2016. 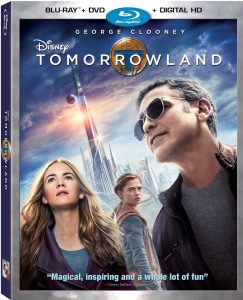 It was so great interviewing these two Disney Visionaries and being inspired to go above and beyond. It’s never to late to live our your dream. And for even more inspiration be sure to catch Tomorrowland

on Blu-ray and DVD which is being released on October 13th.

*As part of the TomorrowlandBlogger event my travel, accommodations and park tickets were covered by Disney. All opinions expressed are my own.