Here in Oklahoma the summer days are BRUTAL. It’s just way too hot to play outside during the day. This summer has been especially brutal with the temperature digits reaching well over 100. But you can bet once the sun starts to go down and the temperature starts to drop, by kids are itching to get outside and play. There is just something extra special about playing outside in the summer. 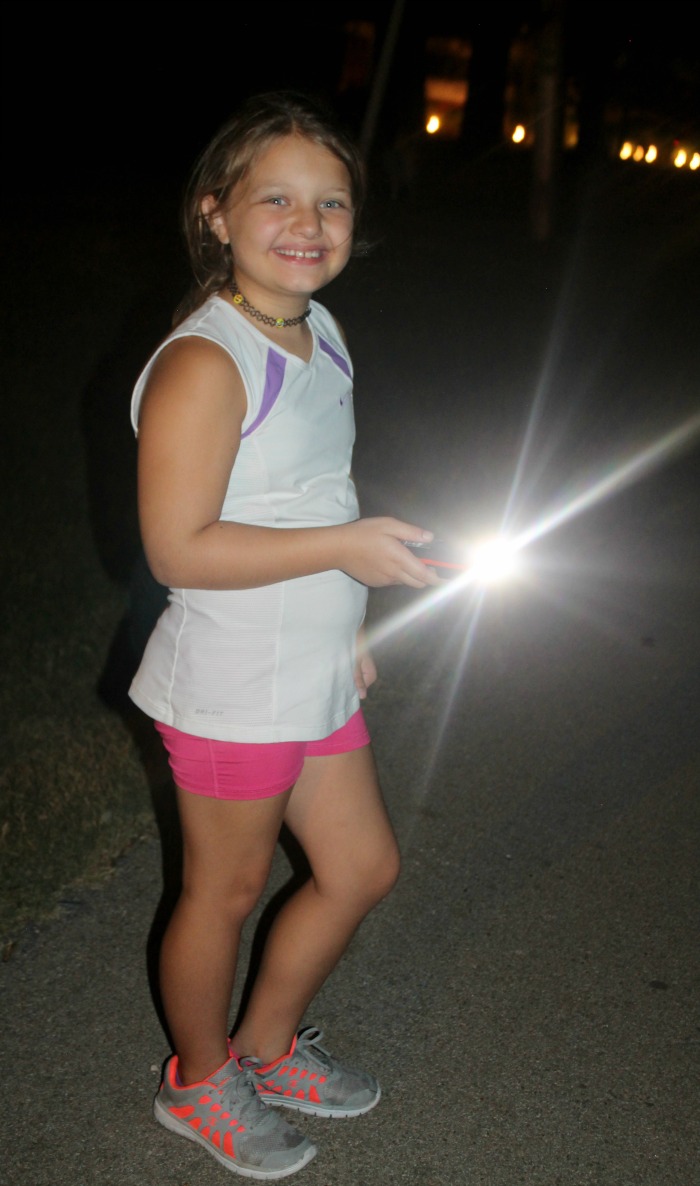 9 Fun Outdoor Games For Kids To Play During the Summer

*Disclaimer: These games are meant to be played under the supervision of an adult. Please make sure that an adult is present and the games are played in an area with no traffic away from roads. The backyard would be my suggestion.

Shadow Puppets. With a flashlight, a pair of hands and a little imagination you can spend hours creating fun shadow puppets with your friends. Make sure you have a large wall in the background because this gives the kiddos more space to have fun with. You can also use your body to create shadow puppets.

Flashlight Tag. Tag your it! One person is “It” and they are the one that has the flashlight. Just like traditional tag everyone besides the “it” person has 10 seconds to run and hid. After that it’s game on. The it person then shines his flashlight trying to catch as many people as he can. It the light hits you then your it! For this game, since there is a lot of running, I recommend a headlamp like this one from Energizer. You can adjust the lighting and since it’s on your head you don’t have to worry about carrying it around.

Catching Fireflies. There is just something so magical about these tiny little bugs that light up at night. We like to turn this game into a fun competition. Each child gets their own mason jar and has a certain amount of time to catch as many fireflies as he or she can. At the end of the game everyone releases their cute little bugs to watch the evening sky light up as the fly away.

Nighttime scavenger hunt. You can make this game into a competition against teams, or individuals depending on how many people you have. Before the game starts make a list of things for each team or person to find. These can range from really easy items such as a piece of trash to harder items like something red. Use your imagination and have fun. Remember each team or individual will need their own flashlight to play the game. Here is the one we use. 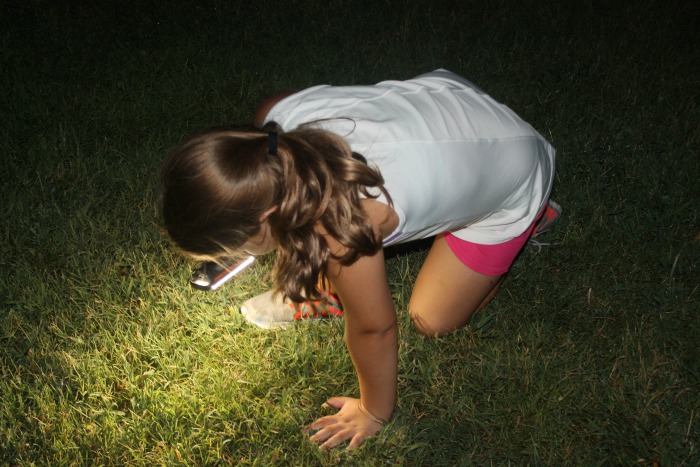 Hide and Seek. This one is probably best left to be played by the older kids. It can get a little scarier for younger kids at night unless they are walking around with adults. I do recommend playing this game with a flashlight. Get one that you are able to adjust the brightness on like this fun Energizer handheld light.

Stargazing is another great activity that kids of any age can participate in. You can do this activity right in your own backyard or find a local astronomy group that hosts star gazing events. We actually just attended one this past weekend and it was amazing. They had all of their telescopes set up and we were able to see Saturn, Jupiter and the moon.

Spooky Story Time. Gather all of your kids around in a circle. The person telling the spooky story gets the flashlight which he or she can use to make his story even more spooky. I actually like to hold the flashlight up to my face to make spooky or silly faces. The kids love this!

Silly Story Time. If you have younger kids you can do the same thing as above but instead of telling scary stories you tell silly stories and make silly faces.

Cops and Robbers. This is a game for older kids. One team is the robbers and one team are the cops. The object of this game is for the cops to catch the robbers. The robbers will have a certain amount of time to get from one point to another while trying not to get caught. The cops will try to catch the robbers. Once he finds them he then catches them by shining the light onto them. This is a really fun and competitive game. Make sure you have areas where you can hide.

There are actually so many different games and activities that you can play with your kids outside during the summer or anytime of the year. My only suggestion is to have a flashlight, Energizer batteries, bug spray and lots of imagination.

This is a sponsored post in partnership with Energizer Batteries. All opinions are my own.