Christmas came a few months early here in our household when a big box from VTech arrived last week. Both of my kids love Dinosaurs so they were equally excited when they opened the box to see an assortment of VTech Switch & Go Dinos. The new Switch & Go Dinos are the kids ultimate toy! They easily transform  between a dinosaur and a vehicle in just a few easy steps. 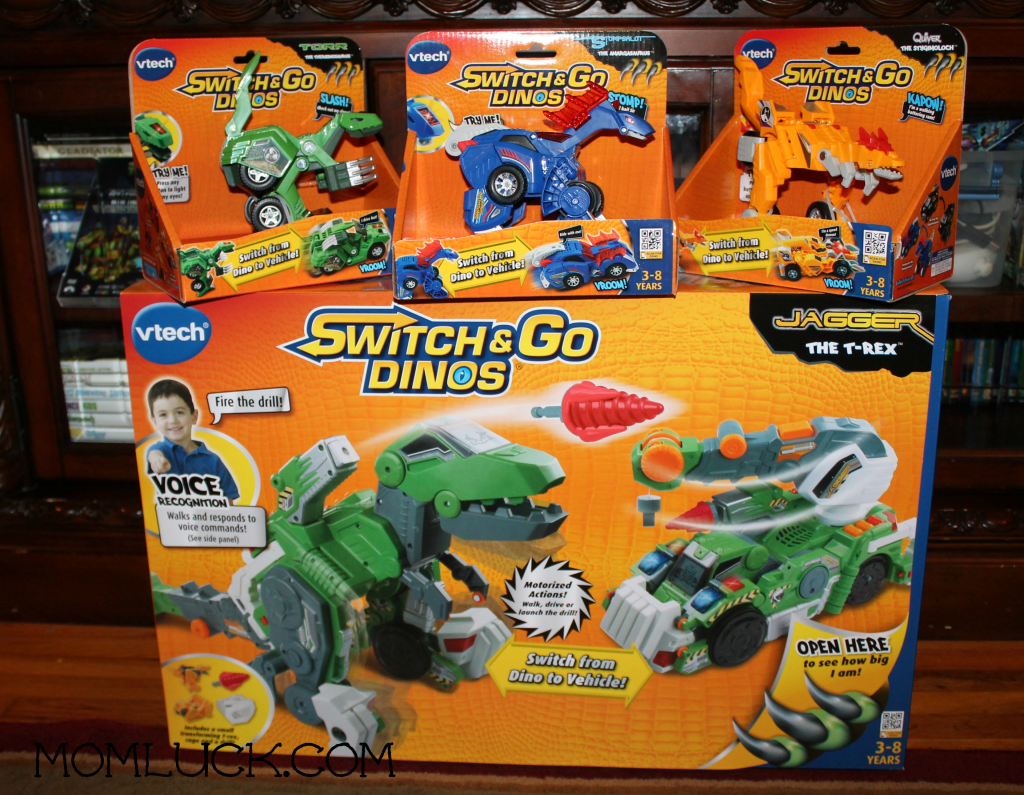 · Jagger the T-Rex™
Jagger the T-Rex transforms from a construction crane to a Tyrannosaurus Rex in just a few simple steps. Combined with voice recognition technology, Jagger is one of the coolest Switch & Go Dinos yet! Jagger even recognizes and responds to specific voice commands. Say “Roar with me,” and hear him roar with his voice-activated motorized jaw.

· Quiver the Stygimoloch™
Blink and you just might miss him! Quiver transforms from a super speedy race car to a Stygimoloch! 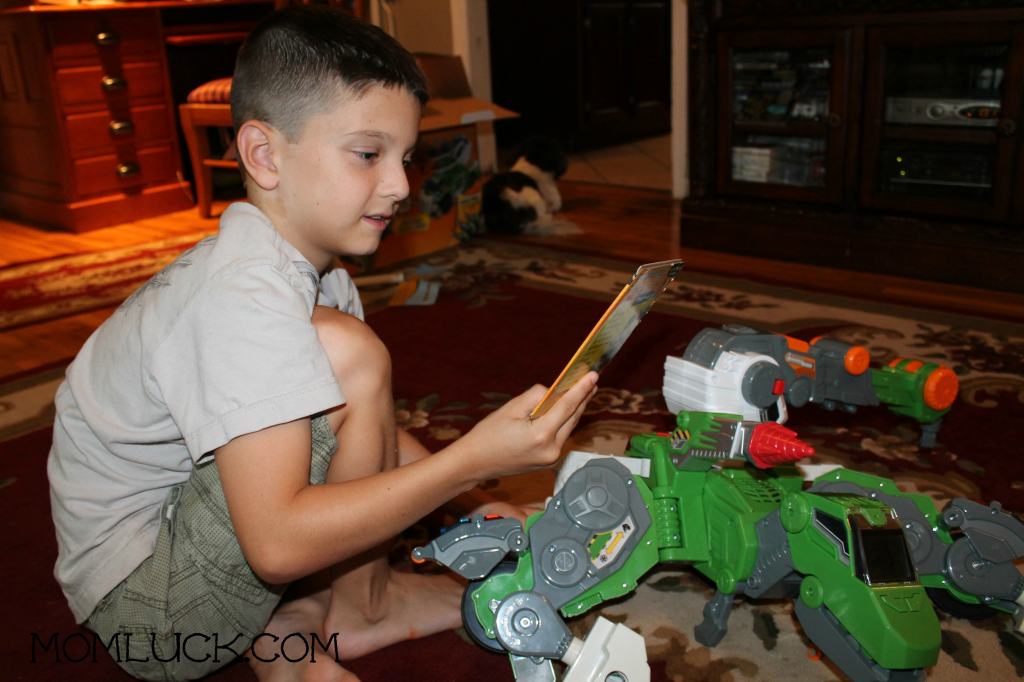 Jagger The T-Rex was a huge hit with my son. He thought it was the coolest thing ever to be able to give Jagger demands and watch him actually do them. He can do things like go back, go forward, flash lights and even tell jokes. Jagger goes from being a very cool construction truck to a giant T-rex. 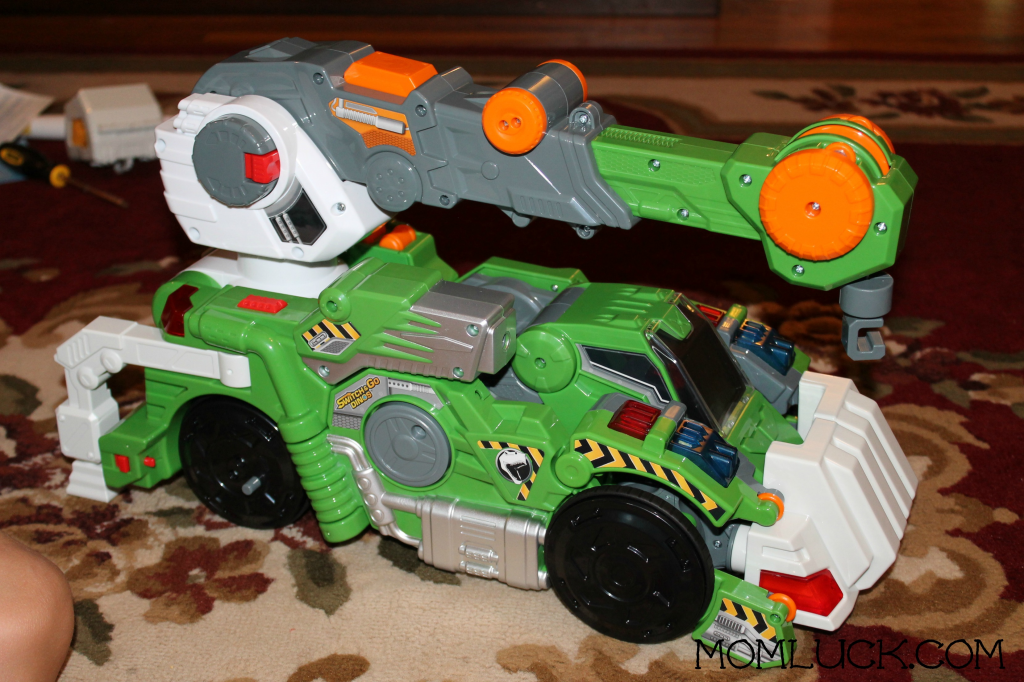 The smaller Switch & Go Dinos are just as equally as fun as Jagger. It’s fun for the kids to be able to switch from a vehicle to a dinosaur to extend play even further. 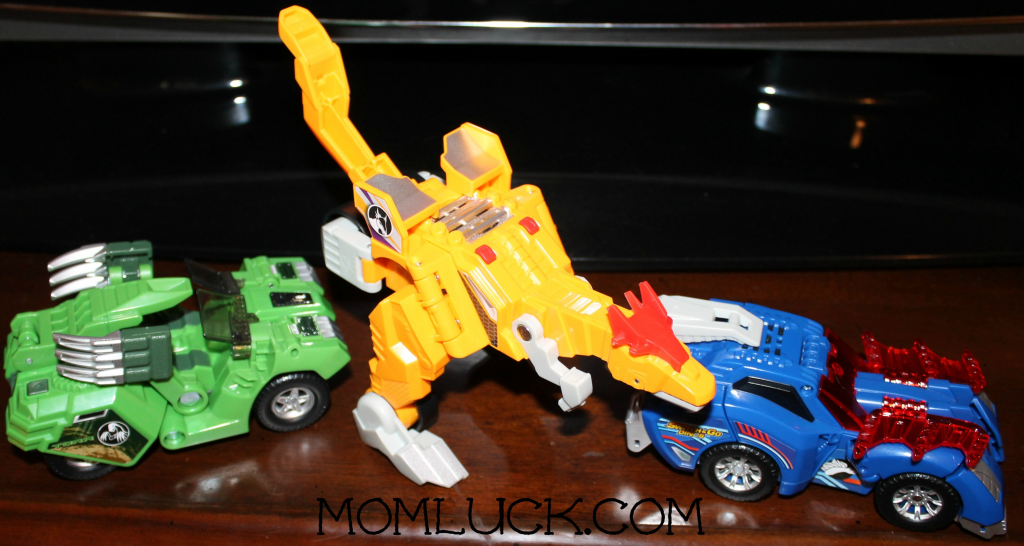 We were given the task of coming up with our best roaring face. The kids really had a lot of fun with this and I managed to snap a few pics of the kids roaring with Jagger in between funny faces. 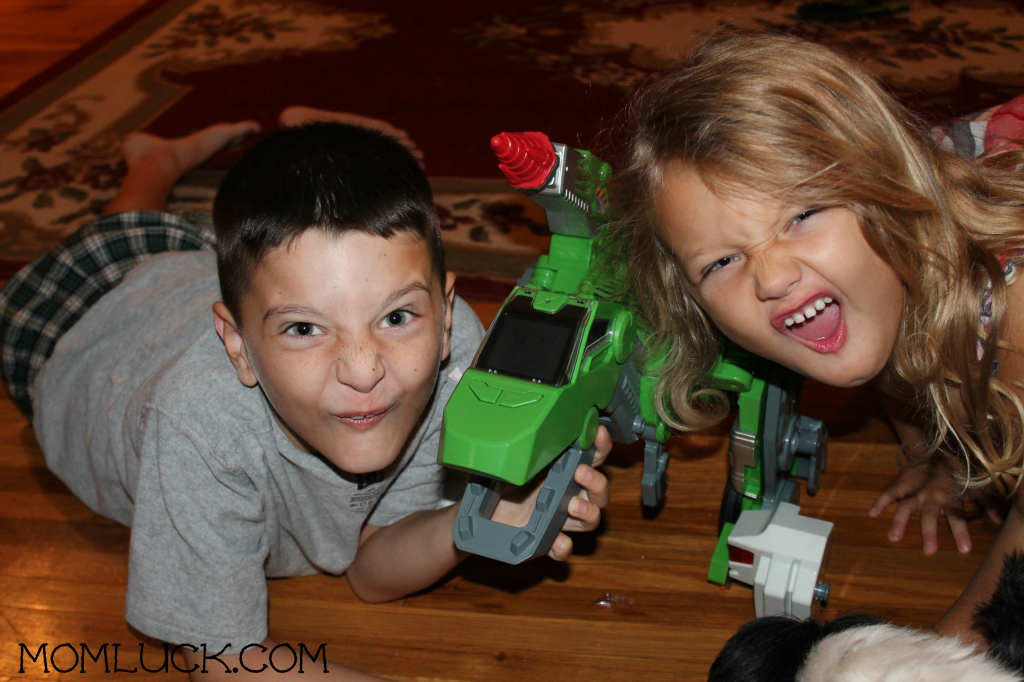 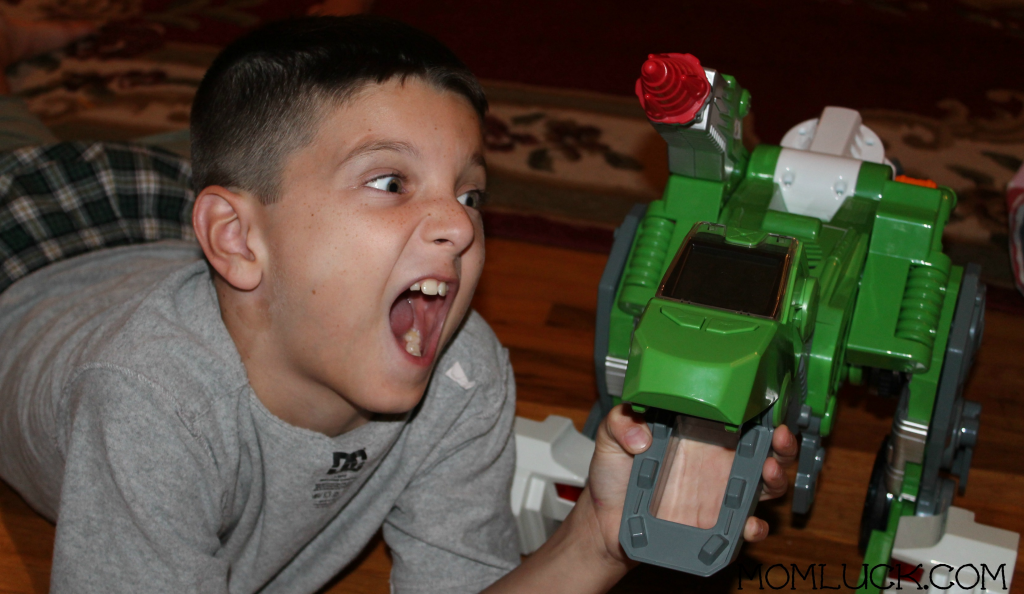 Win It: One Luck Winner is going to win a Vtech Switch & Go Dinos Prize Pack that includes 3 assorted dinos.