I participated in a campaign on behalf of Mom Central Consulting for Bomb Pop. I received product samples, a party kit, and a promotional item as a thank you for participating. 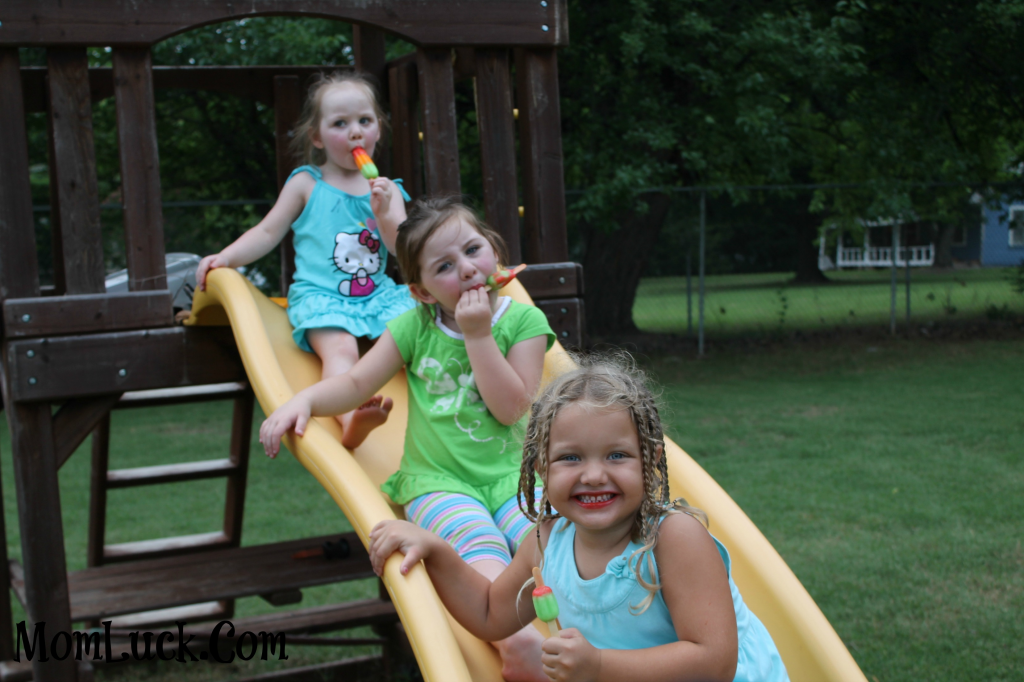 What do you do when it’s hot outside and you have a bunch of kids who are bored? Have a Bomb Pop party of course. This past week the temperatures have been brutal and my kids haven’t been able to play outside as much as they have wanted. As soon as the temperatures cooled off a bit I decided to invite some of the family over for a fun outdoor Bomb Pop Party. 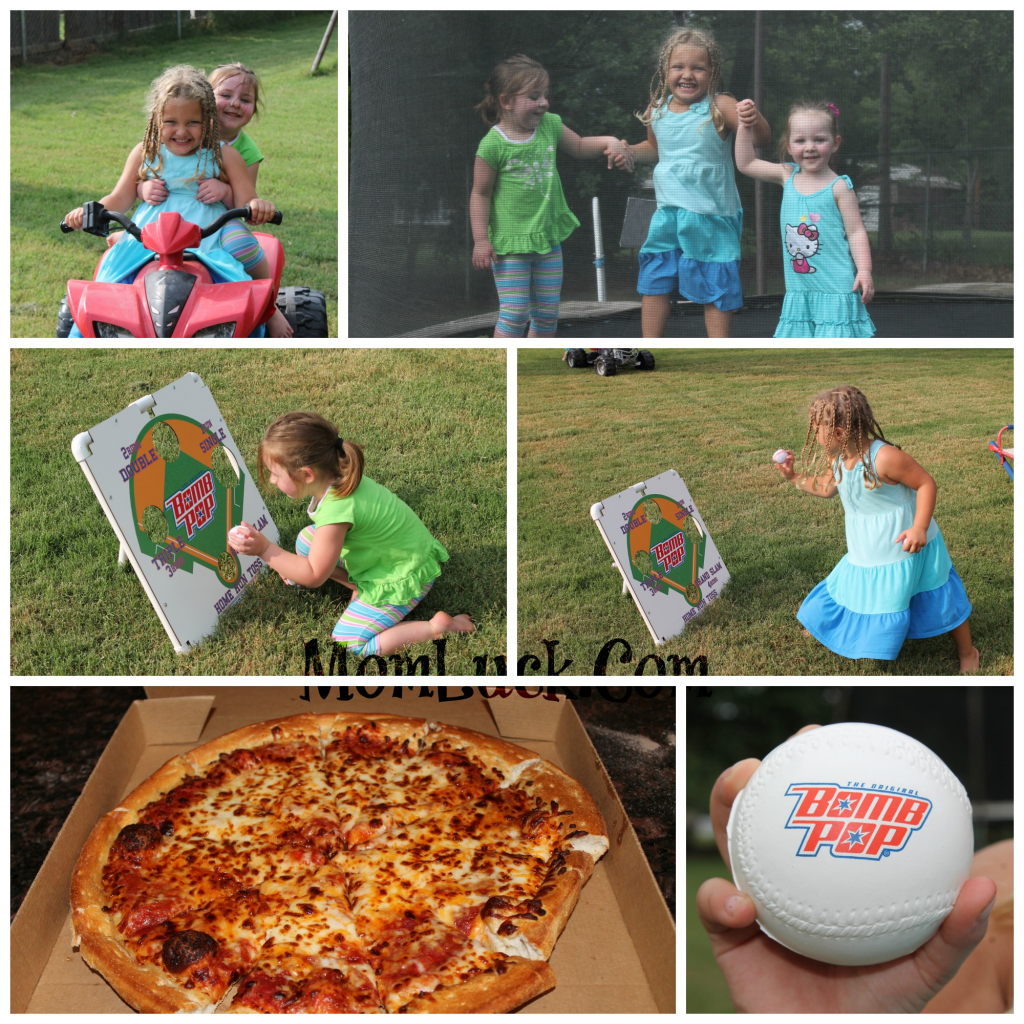 To get the party started the kids played on the trampoline, ran around the yard playing tag and rode on their power wheels. Once they worked up an appetite everyone came inside for some cheese pizza. The kids ate pretty quickly because they couldn’t wait to get outside to play a fun baseball game that Bomb Pop sent us in our party pack. Some of the kids were just a bit young to understand how to play the game but they had a blast just trying to throw the beanbags inside the holes. My son is 9 and LOVED the game, he can’t wait to invite some of his friends over for our next Bomb Pop party. 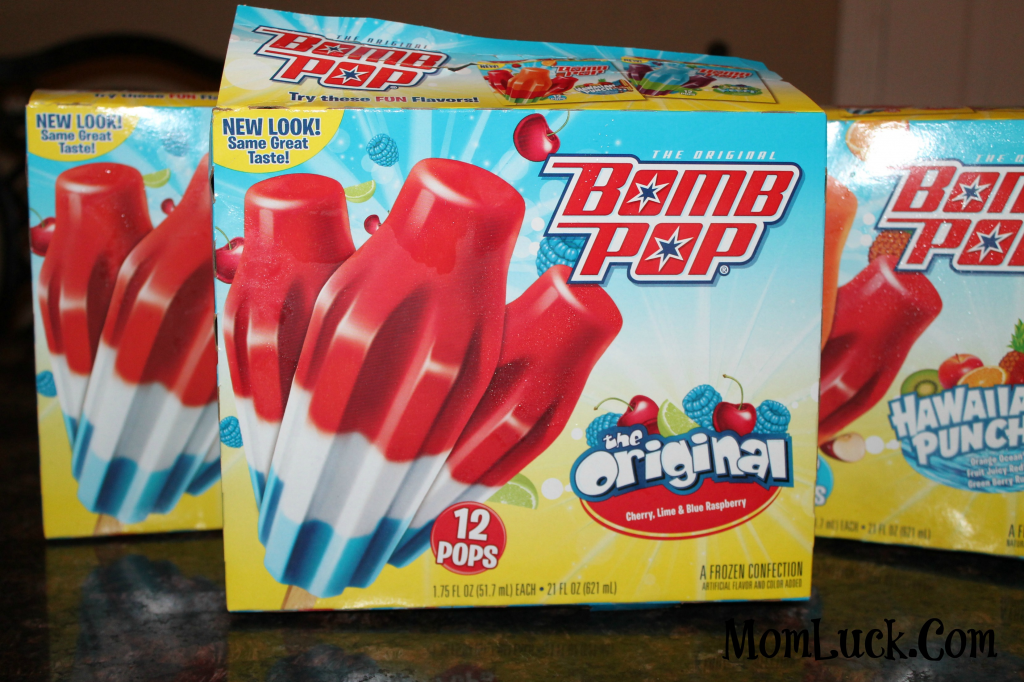 After the game, the kids each got to pick out their favorite flavor of Bomb Pop to eat. We ate Original (my favorite), Sugar-Free, Hawaiian Punch and Sour Wower. All of the girls went with Hawaiian Punch while the boys all choose the Sour Wower. 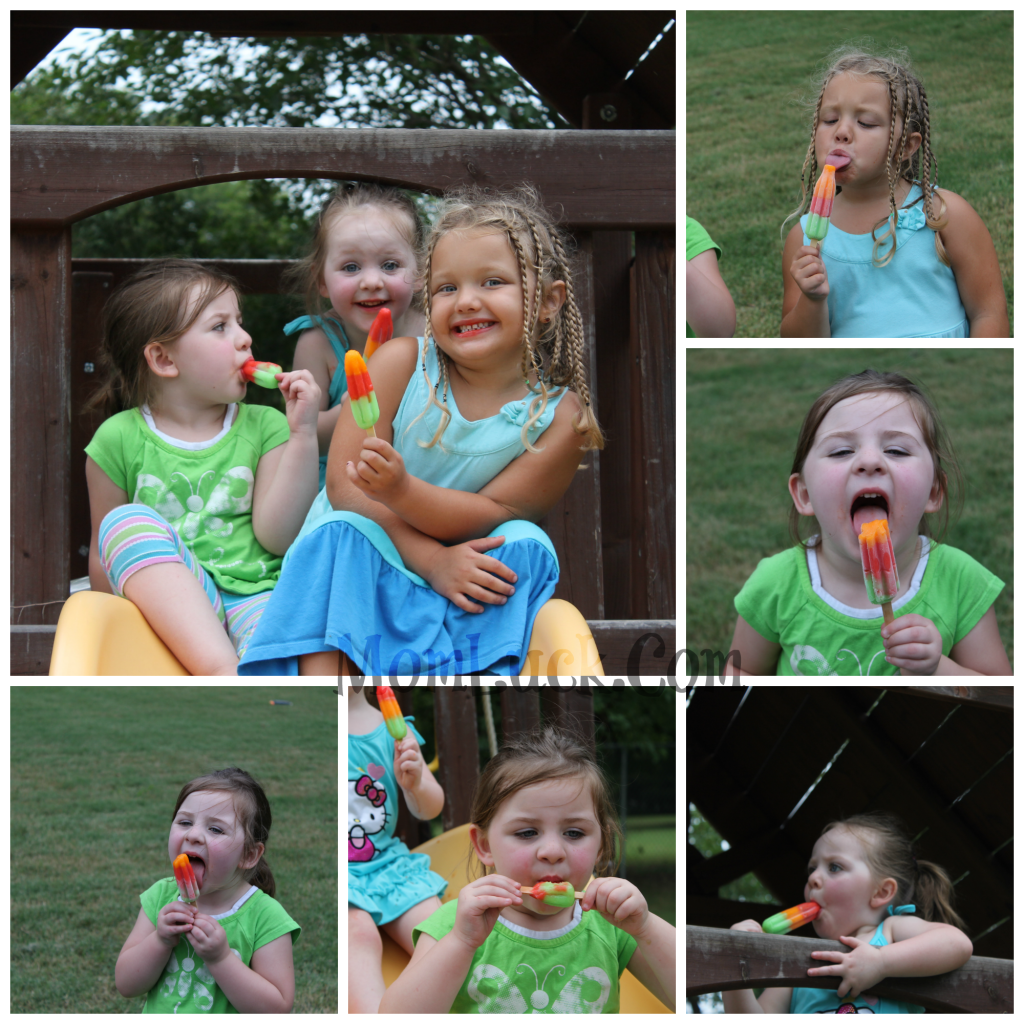 The party was so much fun and I have promised the kids that we will definitely do this again before school starts. 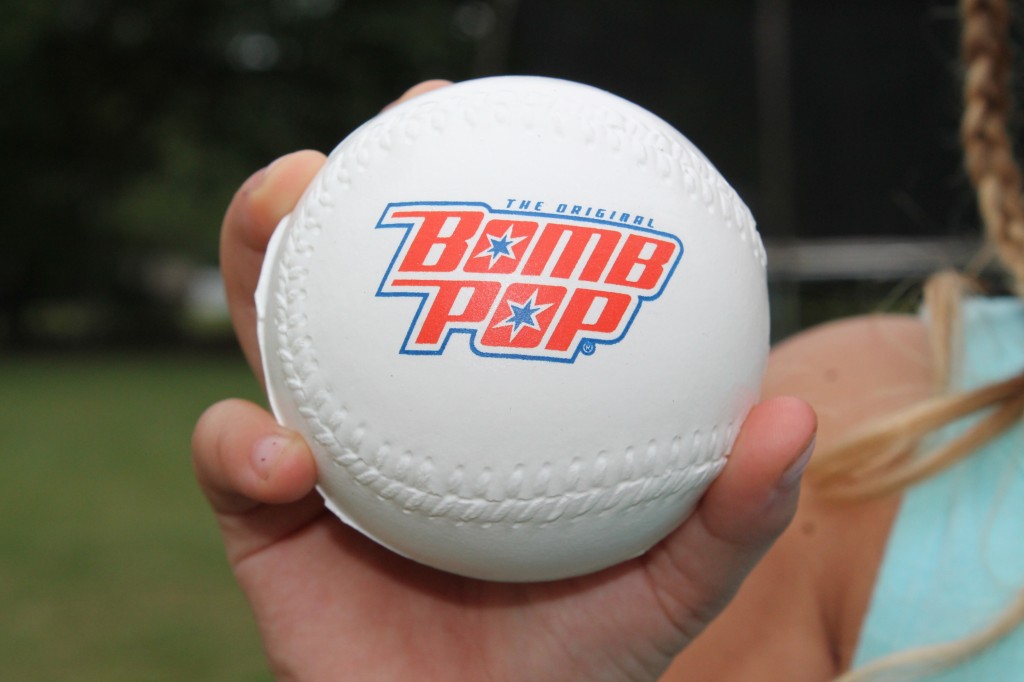 I was really excited to learn that Bomb Pop is the official sponsor of Little League® Baseball and Softball. Some of you know that Aubrey started softball this past spring and she LOVES it! We are looking forward to the upcoming Fall season to start so she can get to playing again. I can definitely see all of the girls cooling down after the big game with an Ice Cold Bomb Pop! I’ll definitely have to keep this in mind when the season starts back up.

Bomb Pop celebrates the joys of being a kid in the summer months. What outdoor activities do your kids love the most?